After breakfast in the Lido i criss-crossed the ship many times on several decks to get photos of the ever changing landscape and whatever else struck my fancy on the way. We docked at the pier in Juneau at 1p.m. My excursion to Mendenhall Glacier in the Tongass National Forest started at 1:30p.m. I left the ship, found my bus and with a total of 39 passengers we were off with a very funny and witty tour guide/driver named Janelle. This is "Juneau Janelles" summer job; she is a high school teacher in Ketchikan the rest of the year. It was about a 30 min. drive to the glacier and she kept us in stitches with true tales and info about life in The Last Frontier. At the glacier already were several bus loads of people, most from the ships in port. I took the hard way up to the viewing platforms and glacier visitors center taking pictures all the way up and back and at the bottom i discovered there had been an elevator i could have used! In the visitors center were several telescopes set up to the best views as well as artifacts such as a bearskin and mountain goat. There was also a book and souvenier shop on the premises as well. I attended a 20 min.spectactular film that was truly awesome film footage of the glacier. I learned lots of interesting facts of avalanches, glaciers and waterfalls and about the lake that was not there as recently as 30 years ago. The lake is in fact ice that has melted and it has several different species of fish living in it now. We were lucky today to see a different thing and that was a sailboat on the lake and Janelle said she had never seen a sailboat there before. It did look rather odd to see a sailboat on a glacial lake. Big chunks of ice floated on the lake that had started out as snowflakes many years ago. The depth of the snow on the glacier is 100+ feet in places. The glacier has receded 2 1/2 miles in recent years but of course it never completely melts away in the summertime. We were warned to be on the alert for bears and porcupines and other wildlife on the hiking trails and to not take any food out of our backpacks or purses but some people just had to have their chocolate cookies anyhow. Bears have poor eyesight but a very keen sense of smell so it was a little worrisome. I saw lots of bald eagles which really are not bald at all but have fine white feathers that cover their heads. Bald in another language means white, hence the misunderstanding.

Juneau itself is the biggest capital city of a State in size being as it covers 250 square miles. The population is 33,000 and is much larger than i had thought even after seeing the movie "Juneau" I don't think the pop. drops drastically in the winter as it does in Ketchikan because most employment is in government offices and fishing. A Walmart was established in town 3 years ago and there's a Costco and McD's arrived in 1978 i think. This restaurant was an instant hit and on the day it opened over 7000 burgers were sold which is the record for most burgers sold in the shortest time at any McD's which i believe was in 6 hours. The lineup to the drive-thru that day was over 4 miles long. Walmarts parking lot across the street was full but nobody was in their store. People came from miles around for the big opening and then the restaurant had to close for a few days until a barge came back to Juneau with more supplies.
The bus departed at 4p.m. with 38 passengers and the missing person remains a mystery; did he or she take an earlier bus back possibly arriving at a different ship or are they lost in the tundra? Did a bear smell cookies and take away the person as well? Another thing i'll never know. 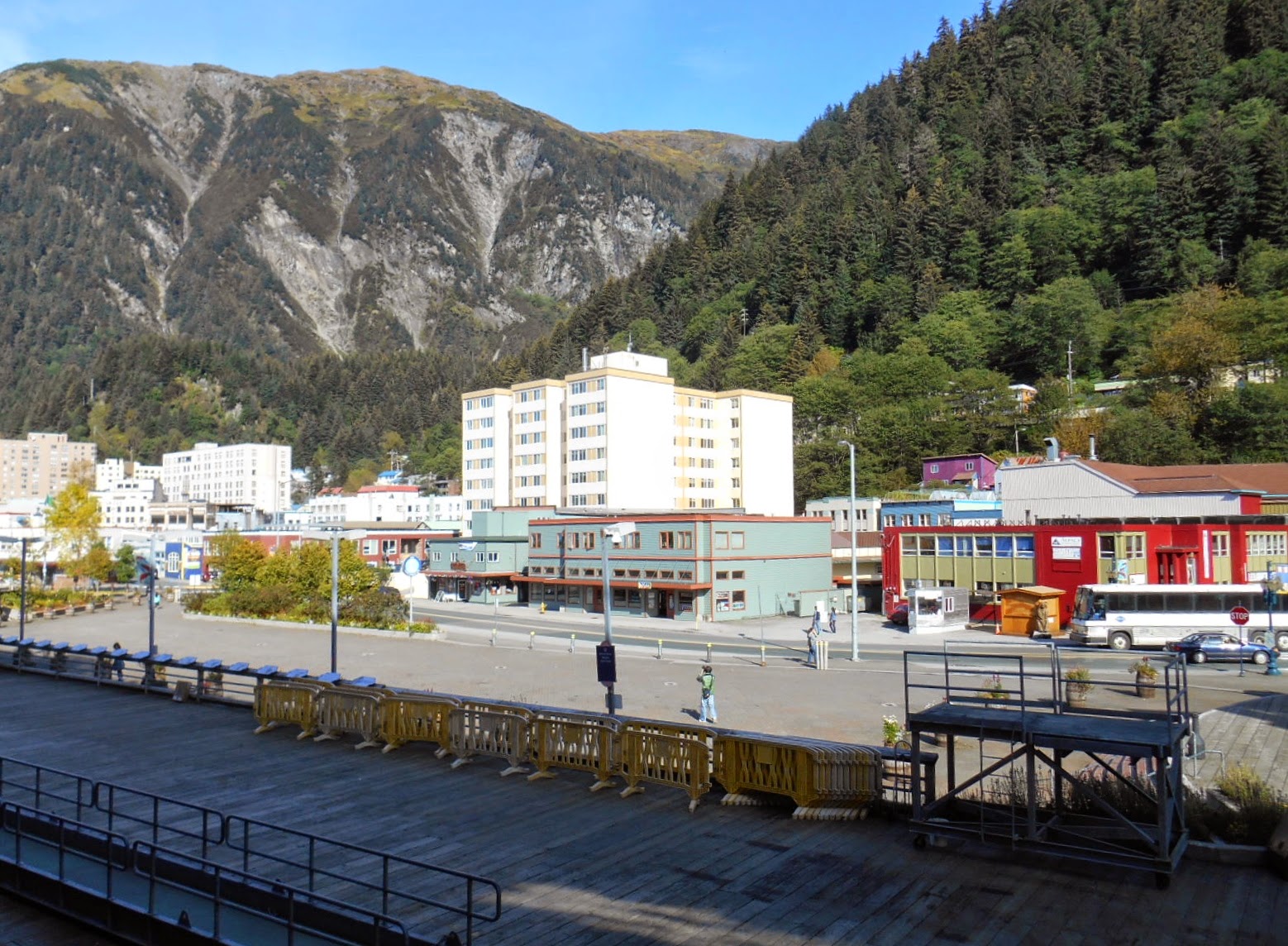 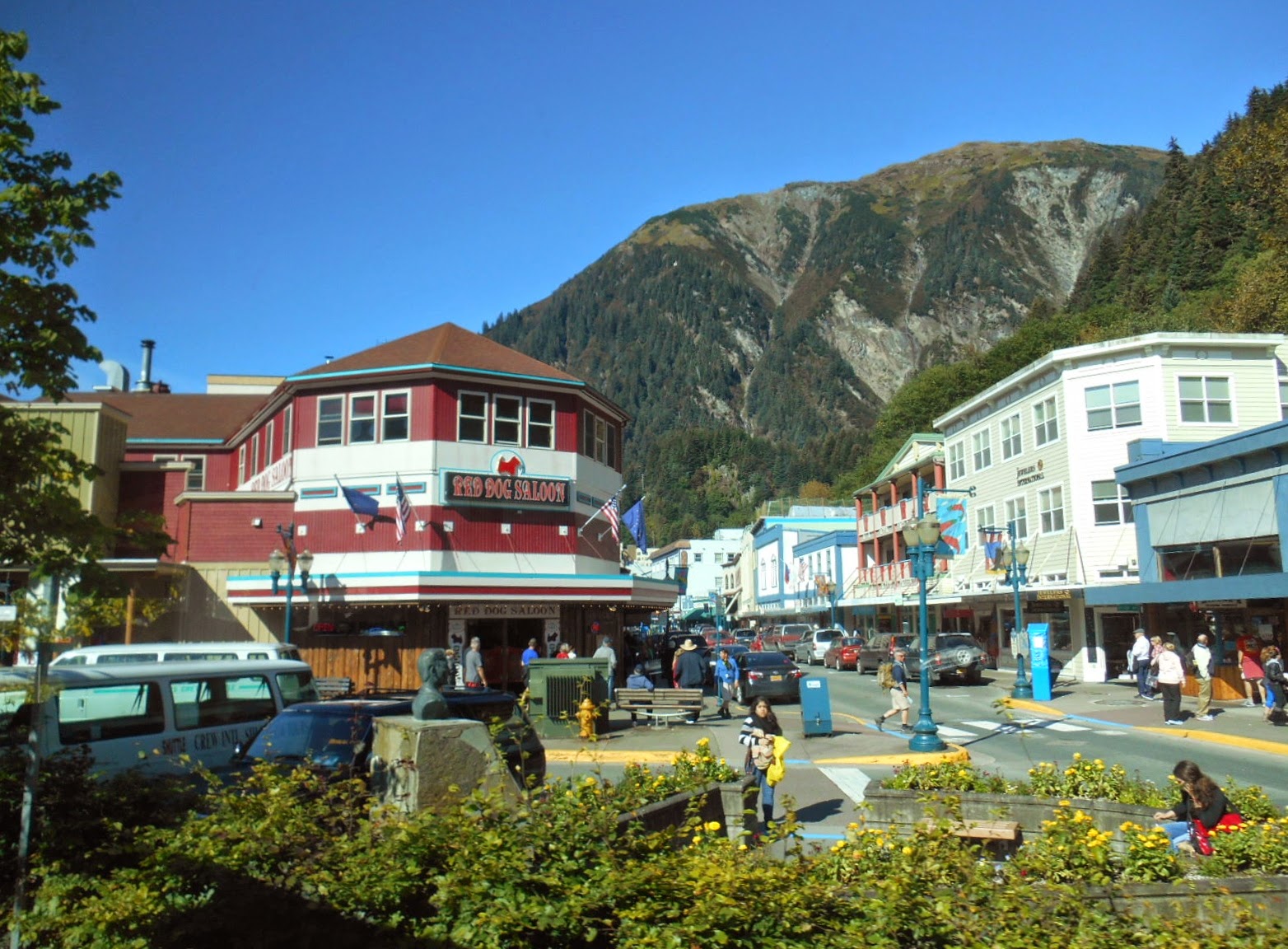 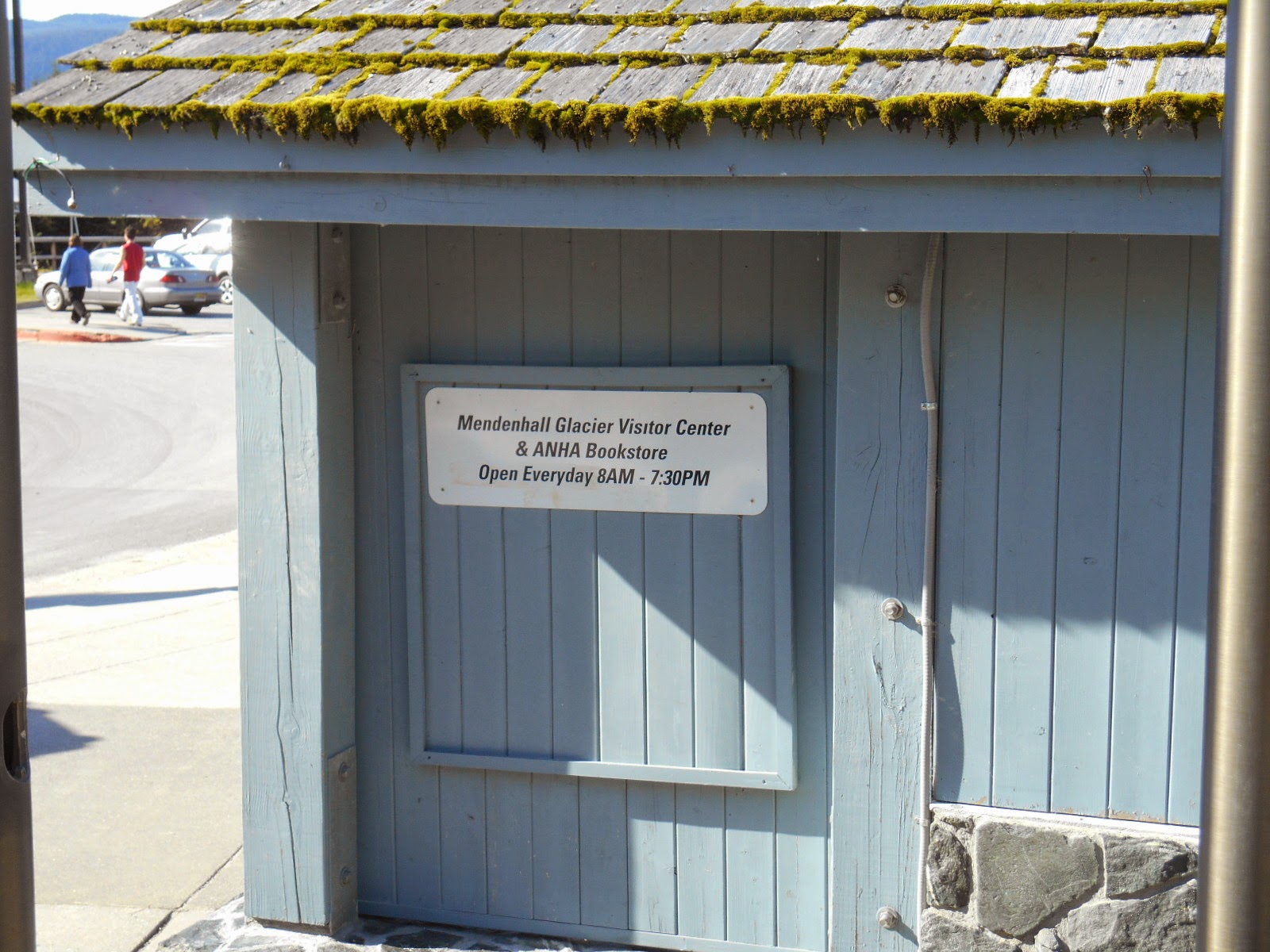 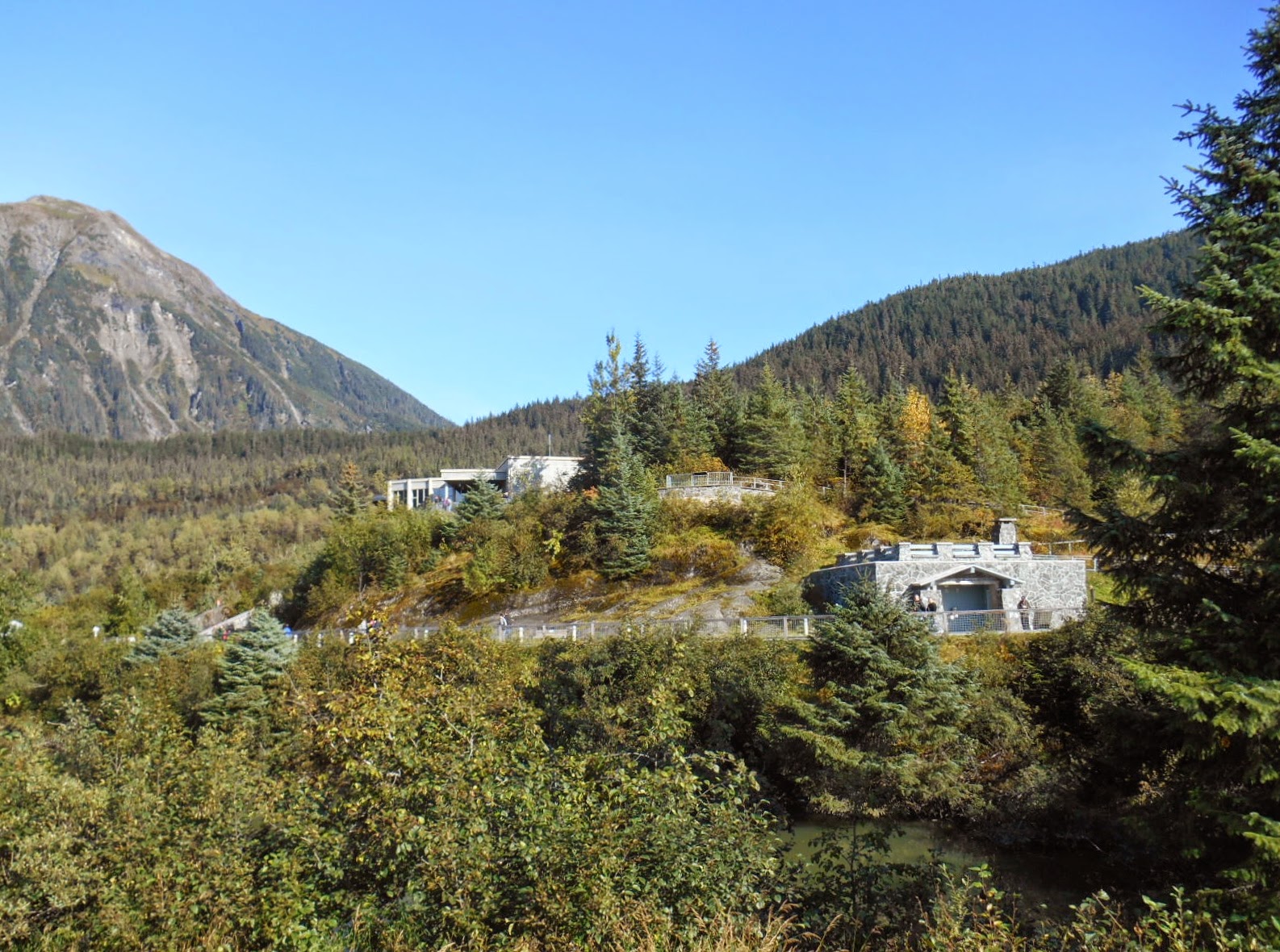 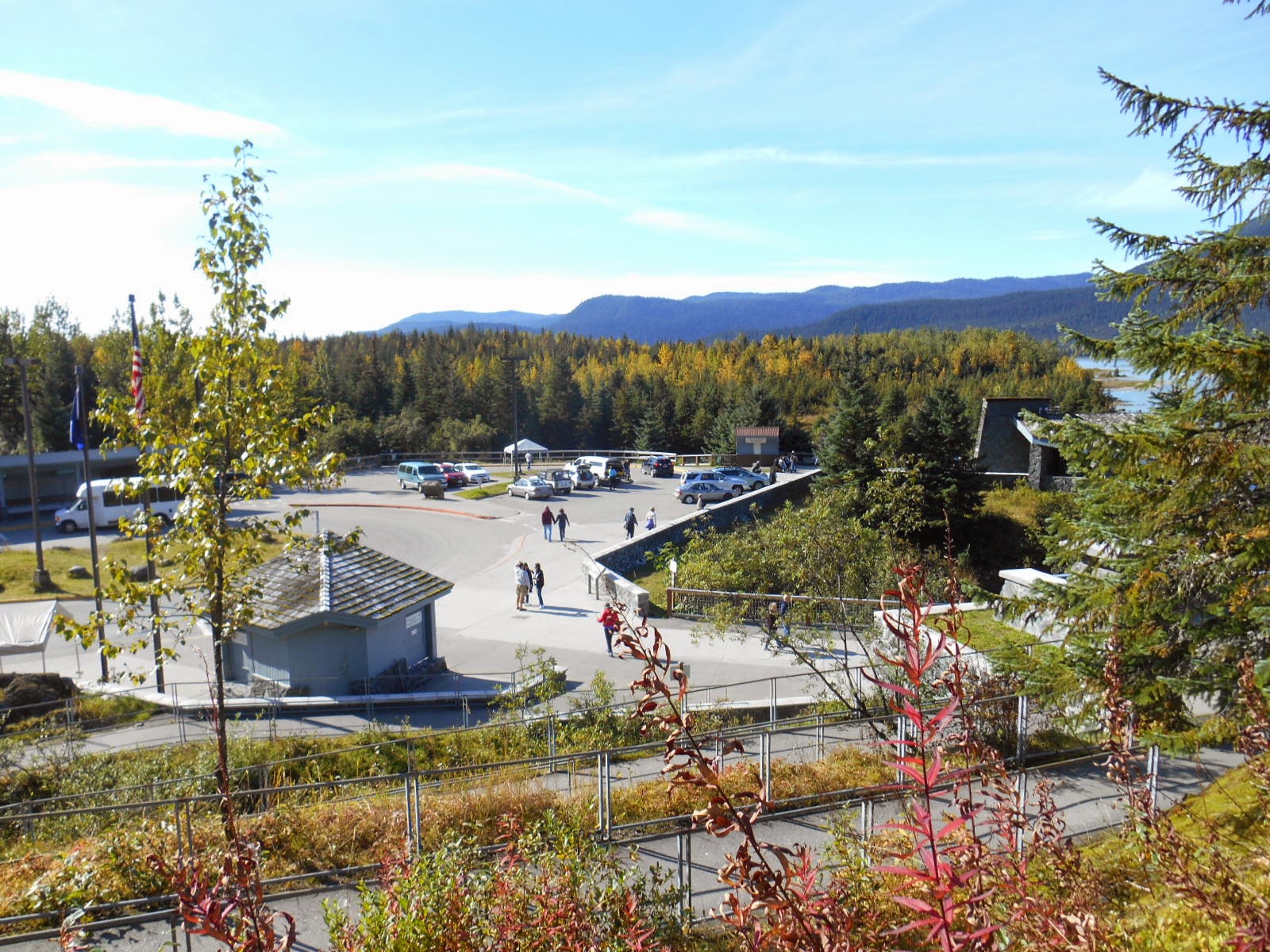 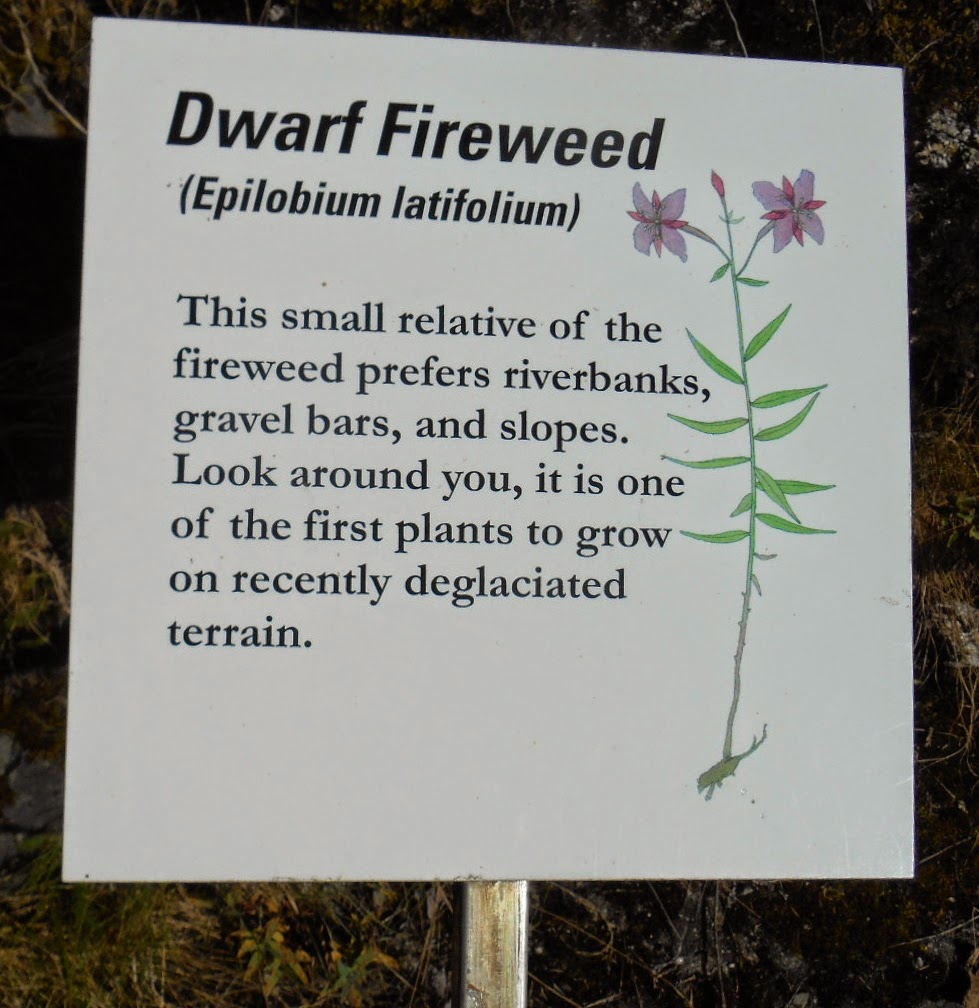 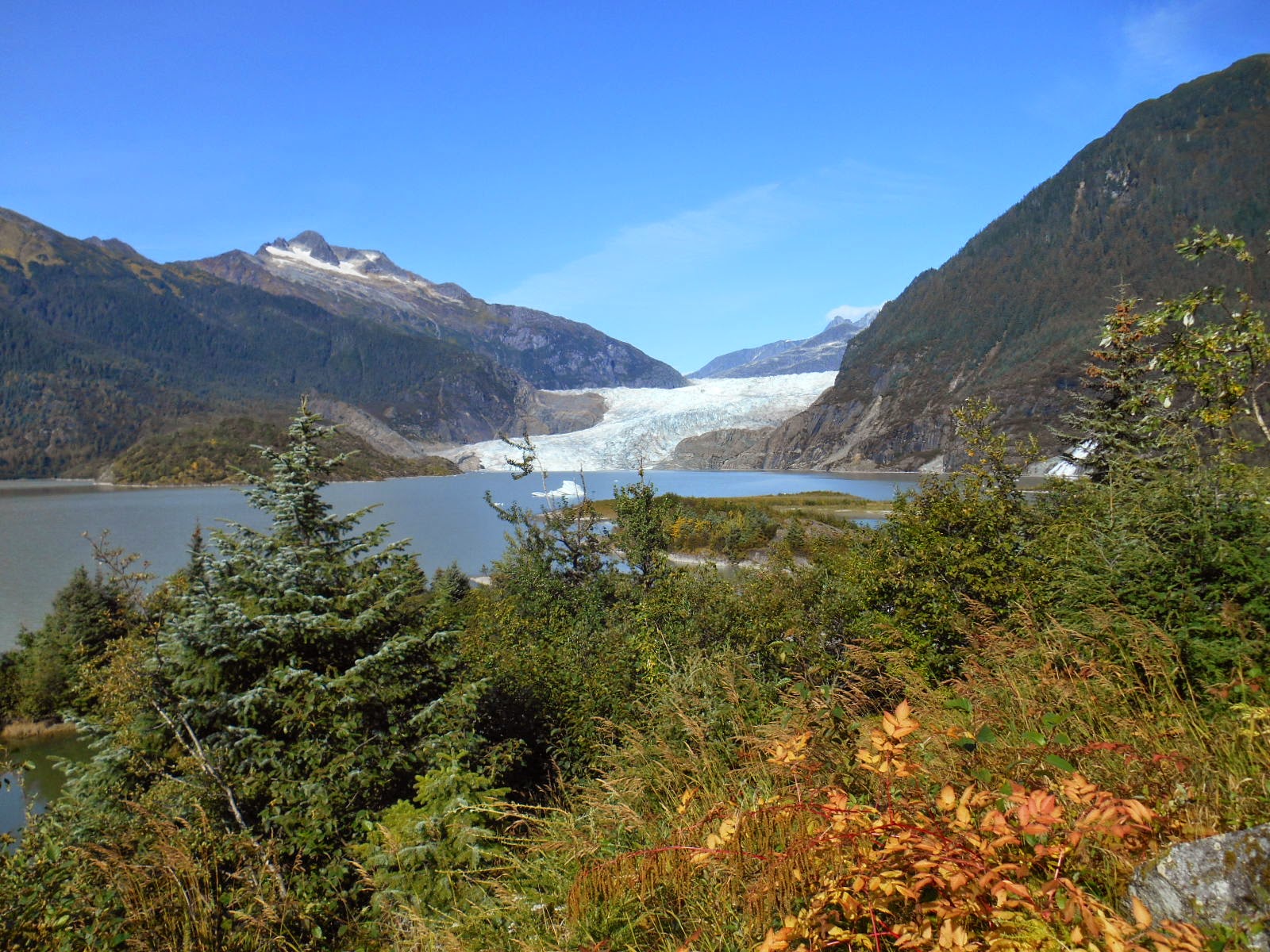 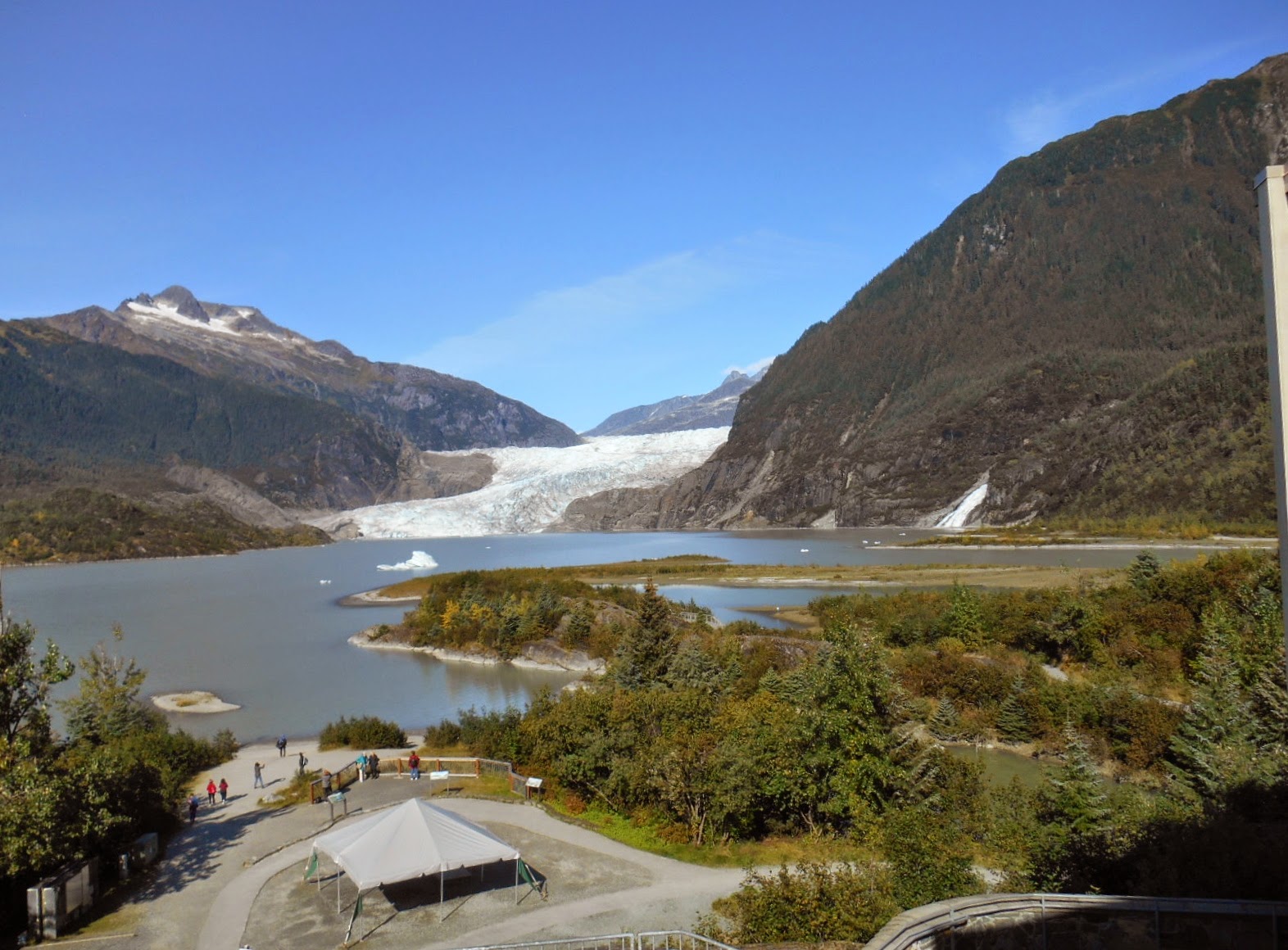 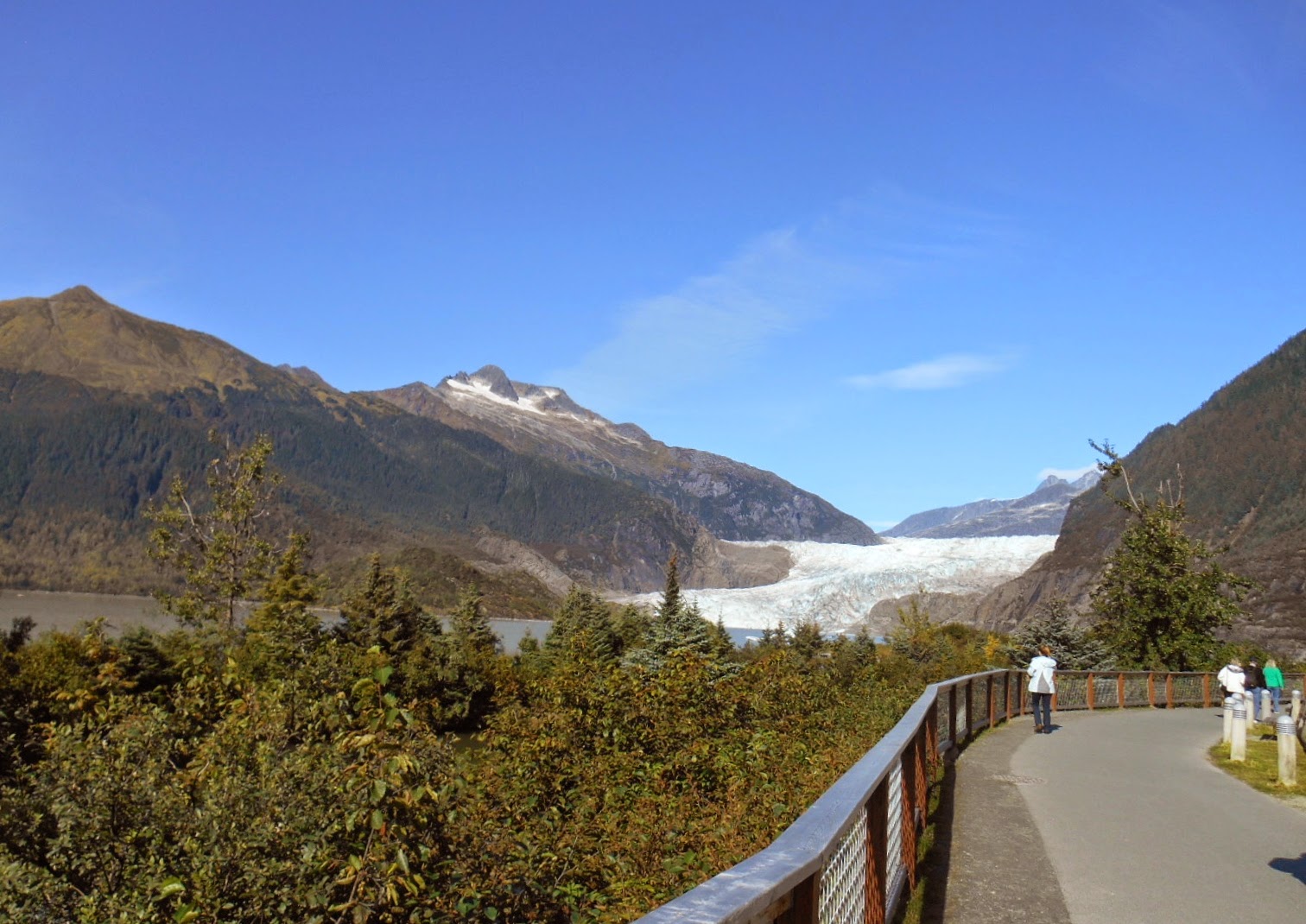 Lots of people walked to the base of the waterfall and from where i stood they were just little dots. 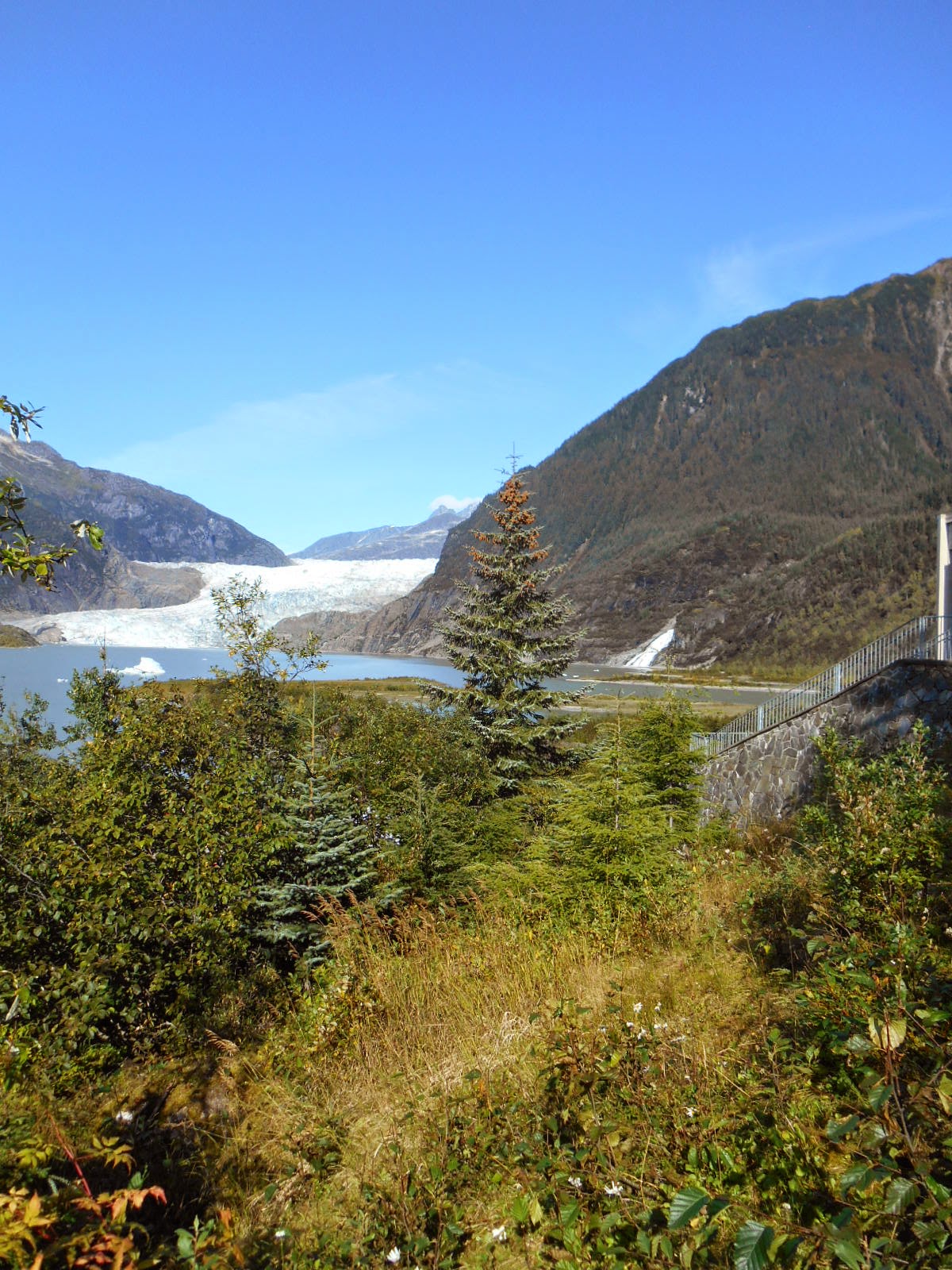 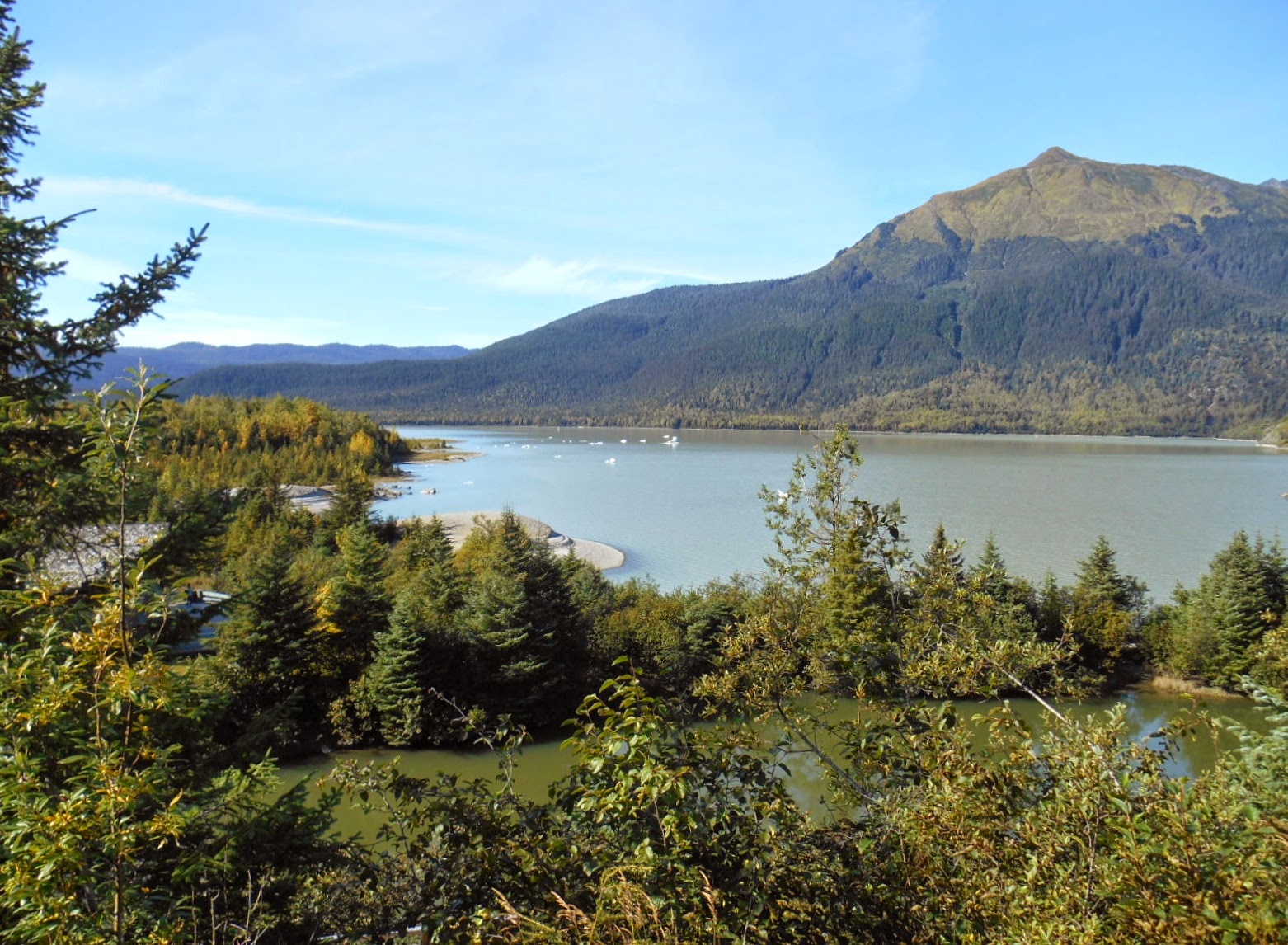 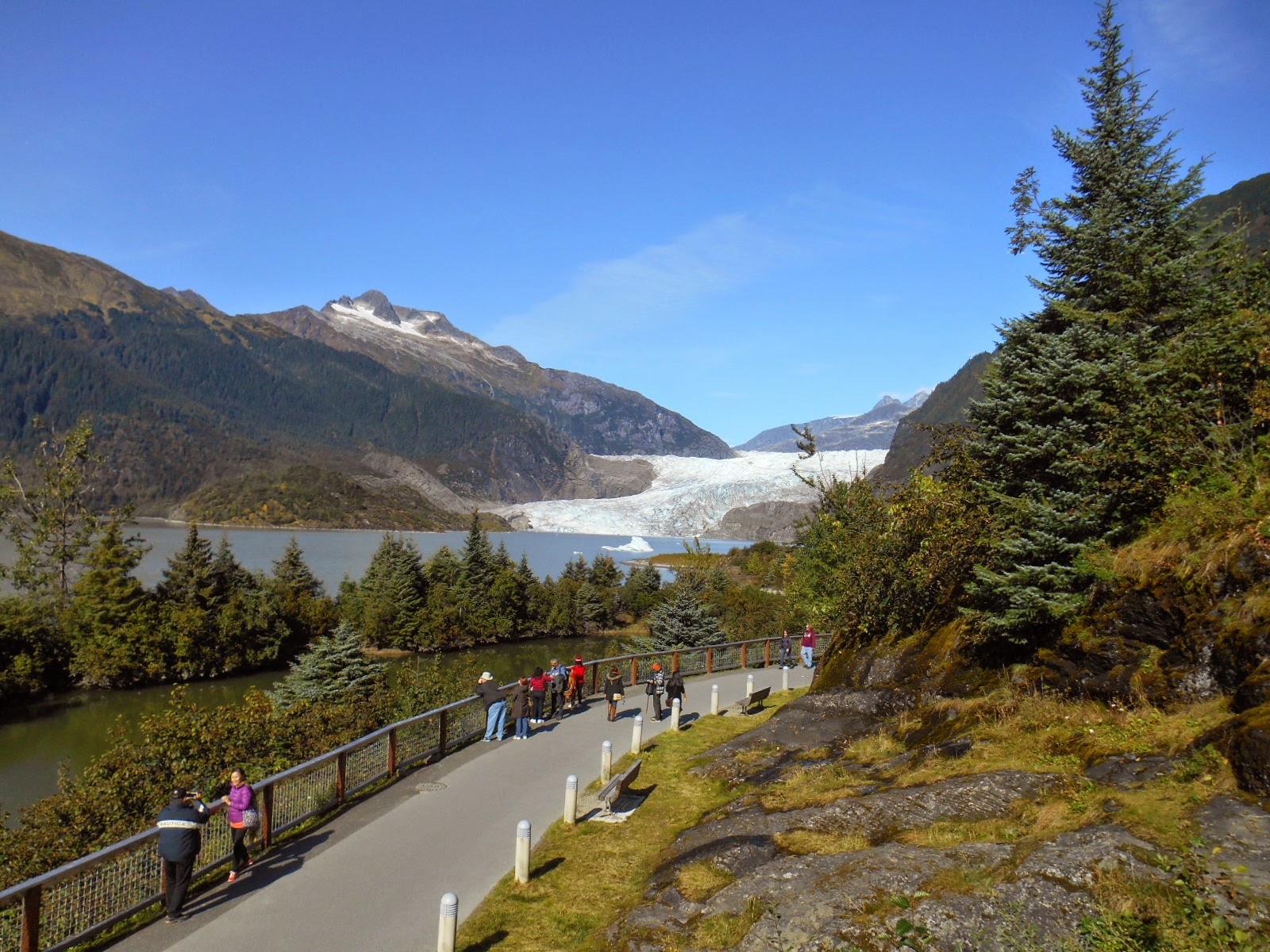 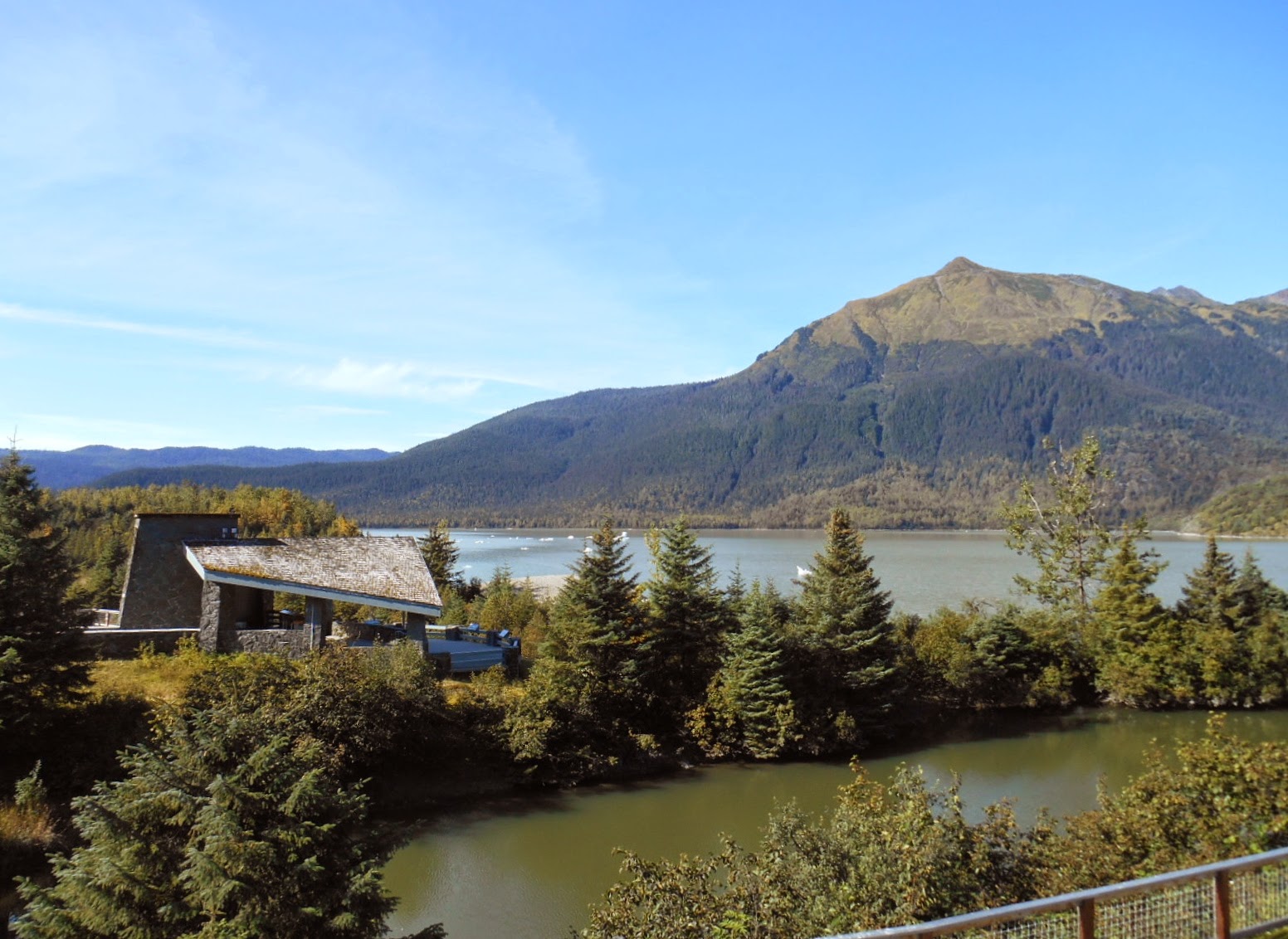 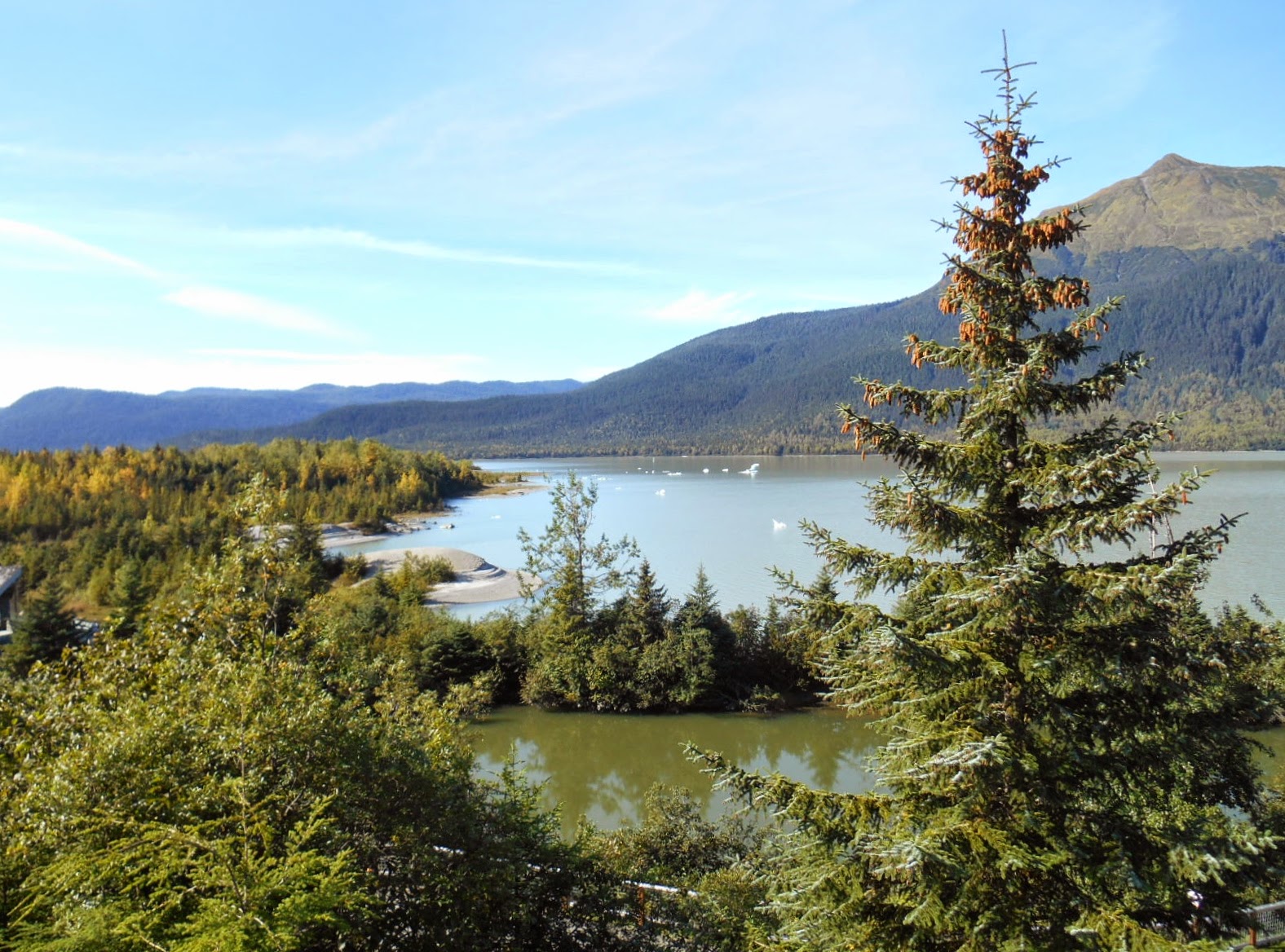 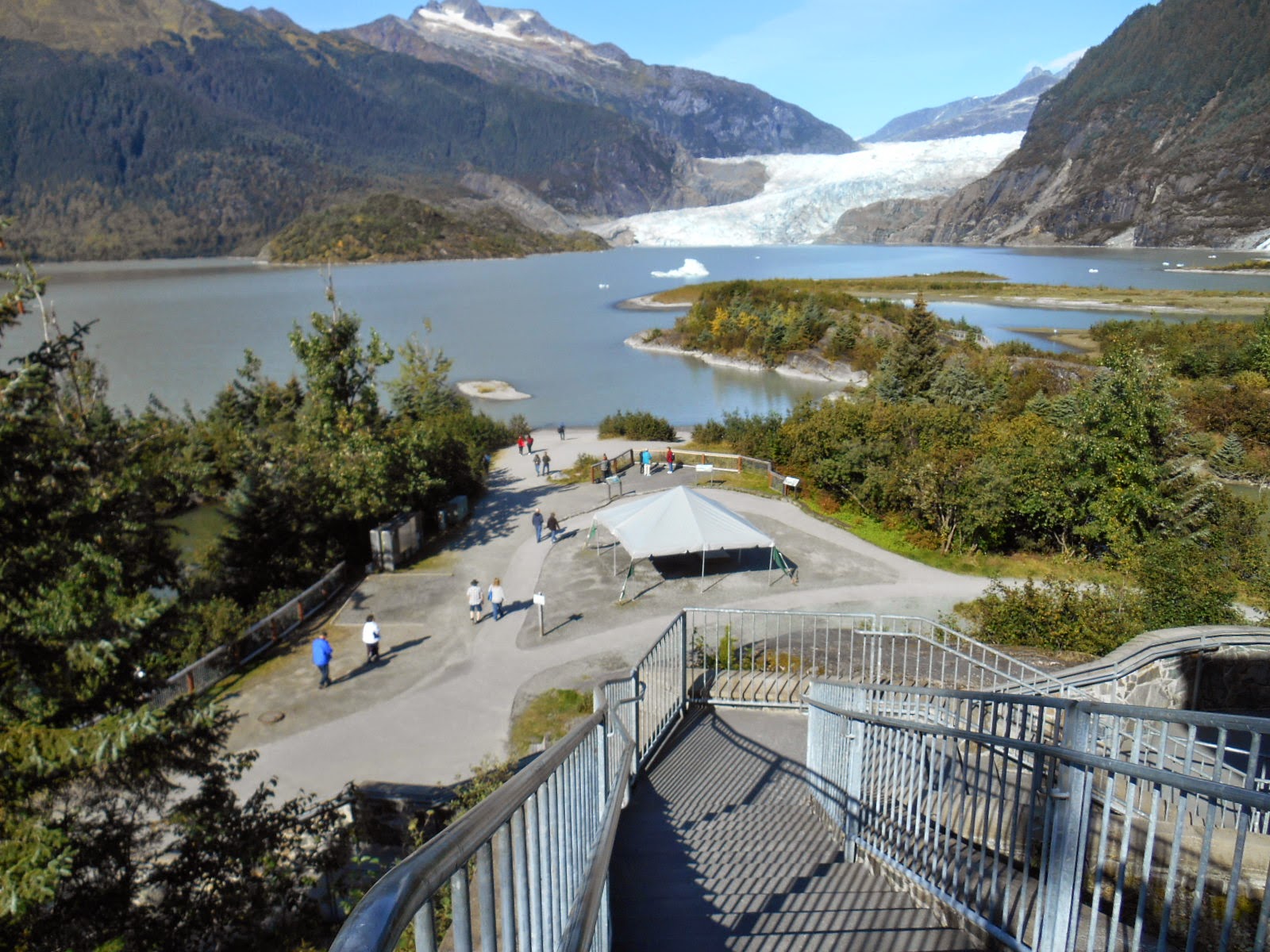 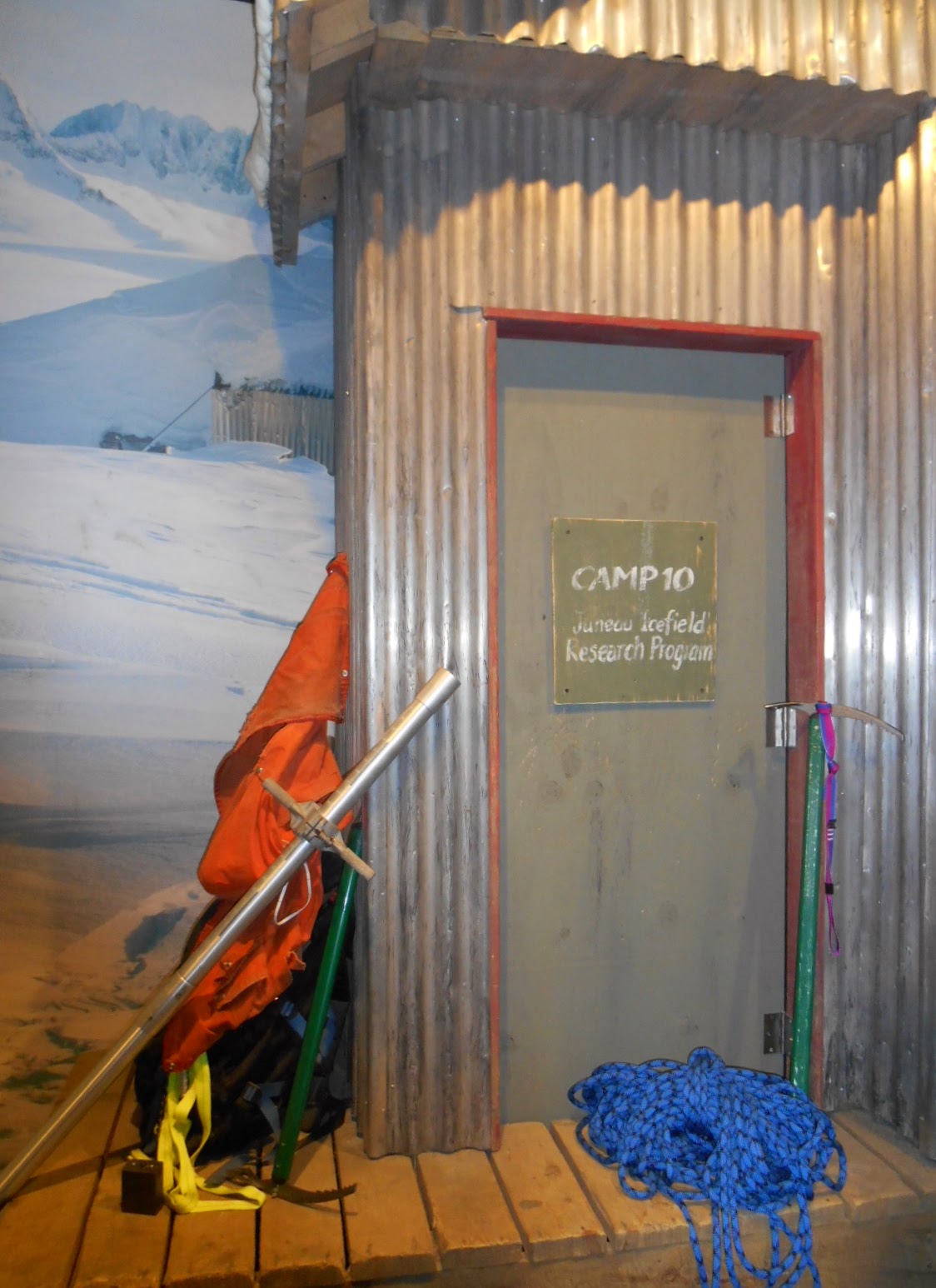 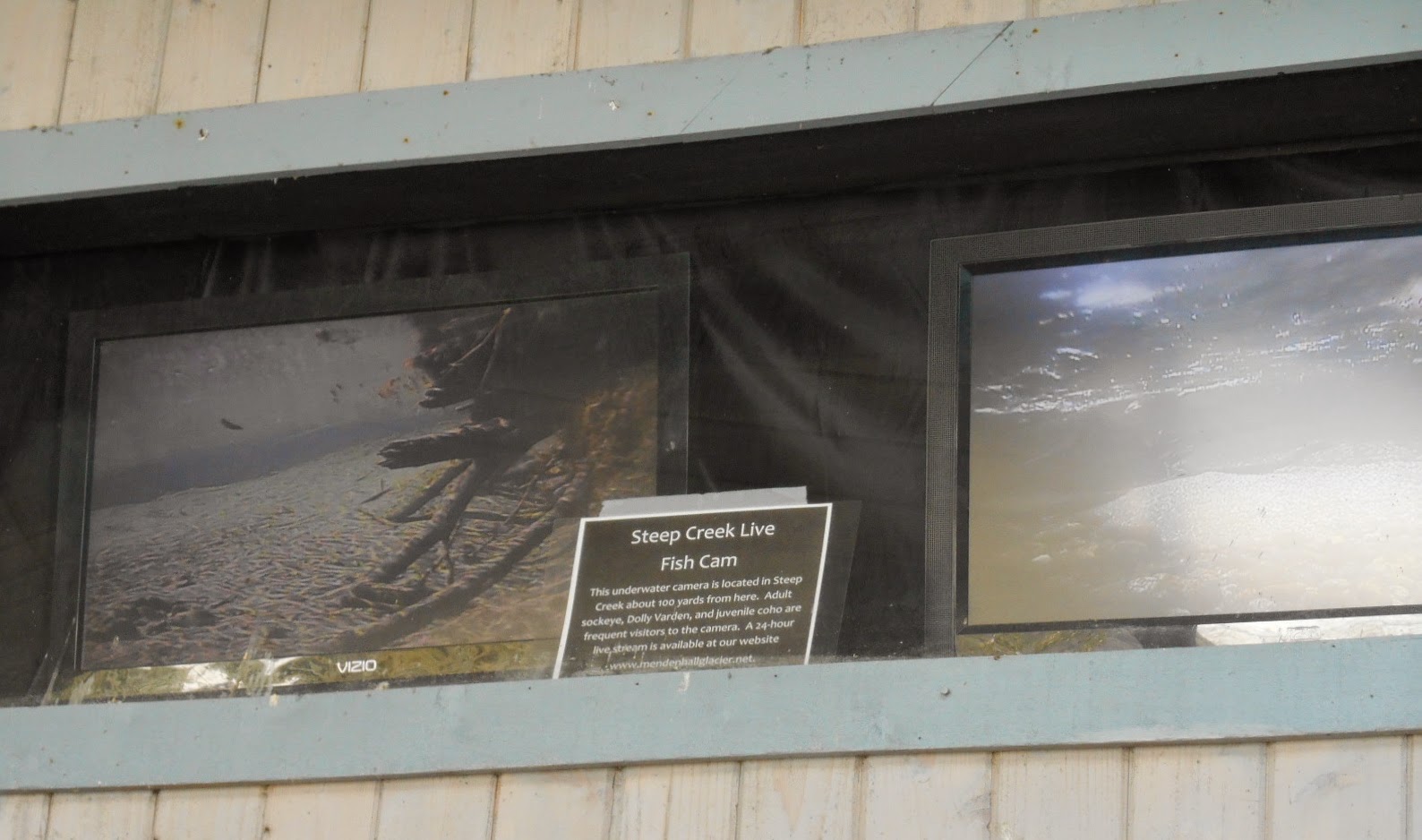 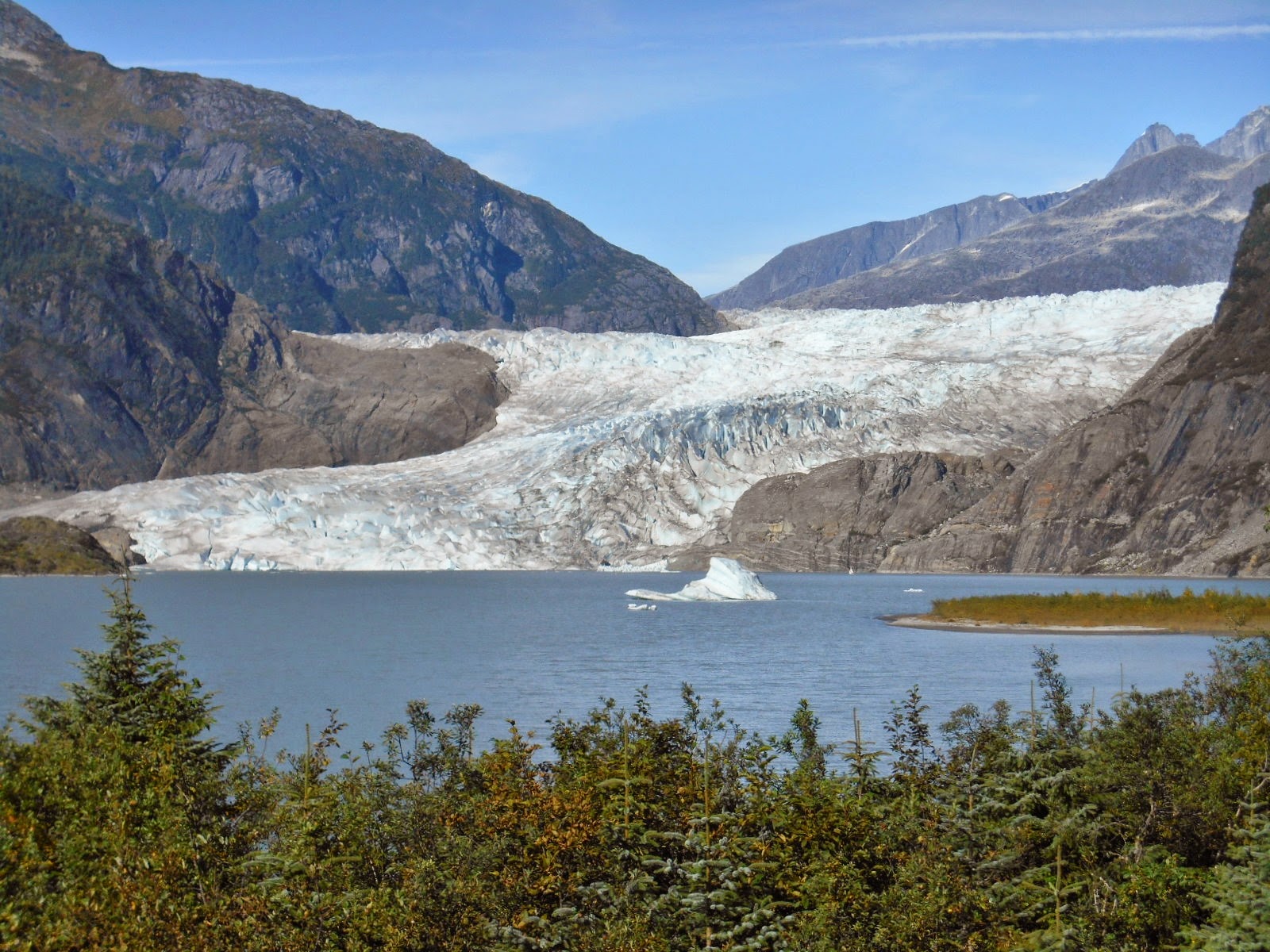 The film was breathtakingly awesome 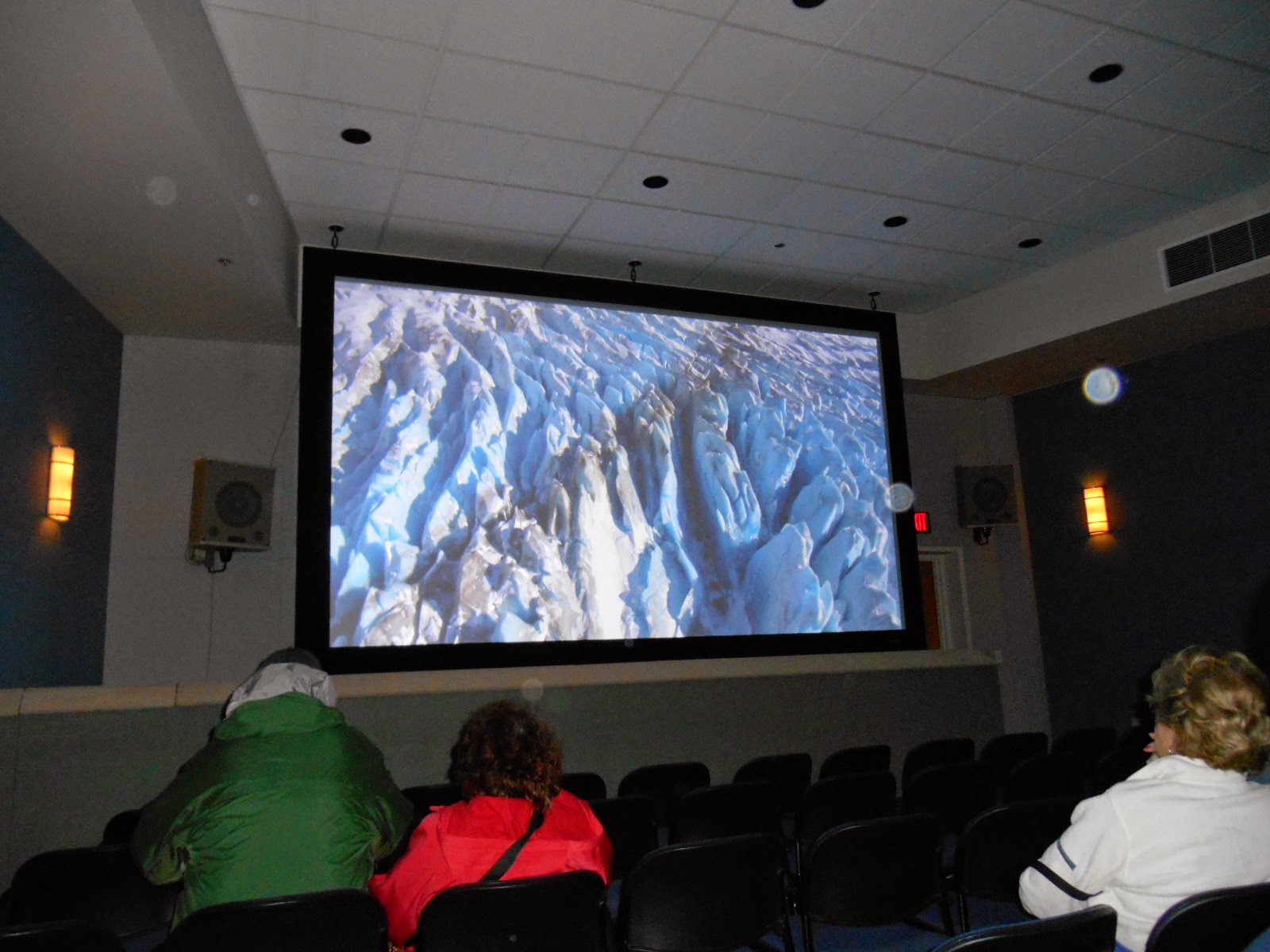 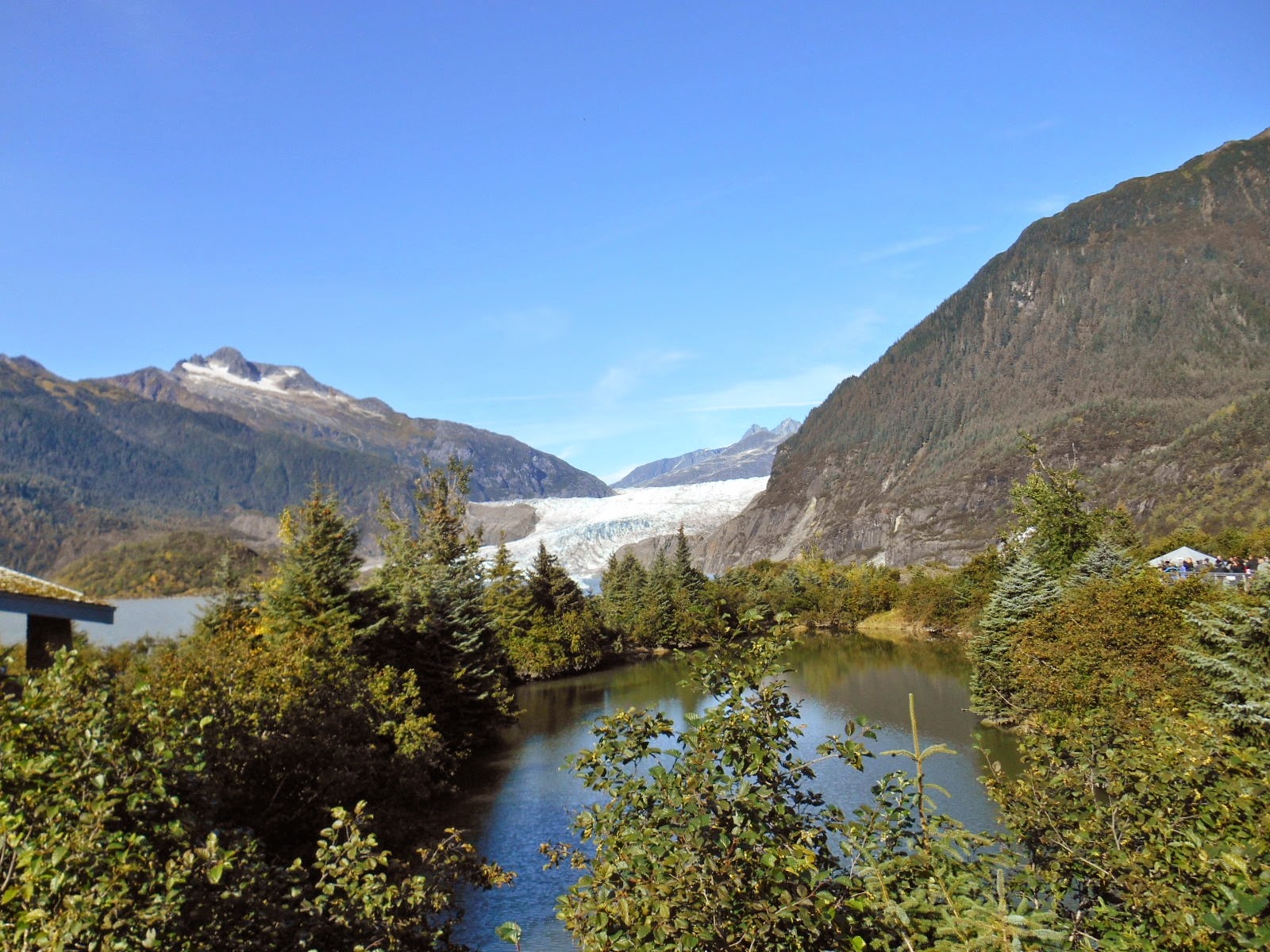 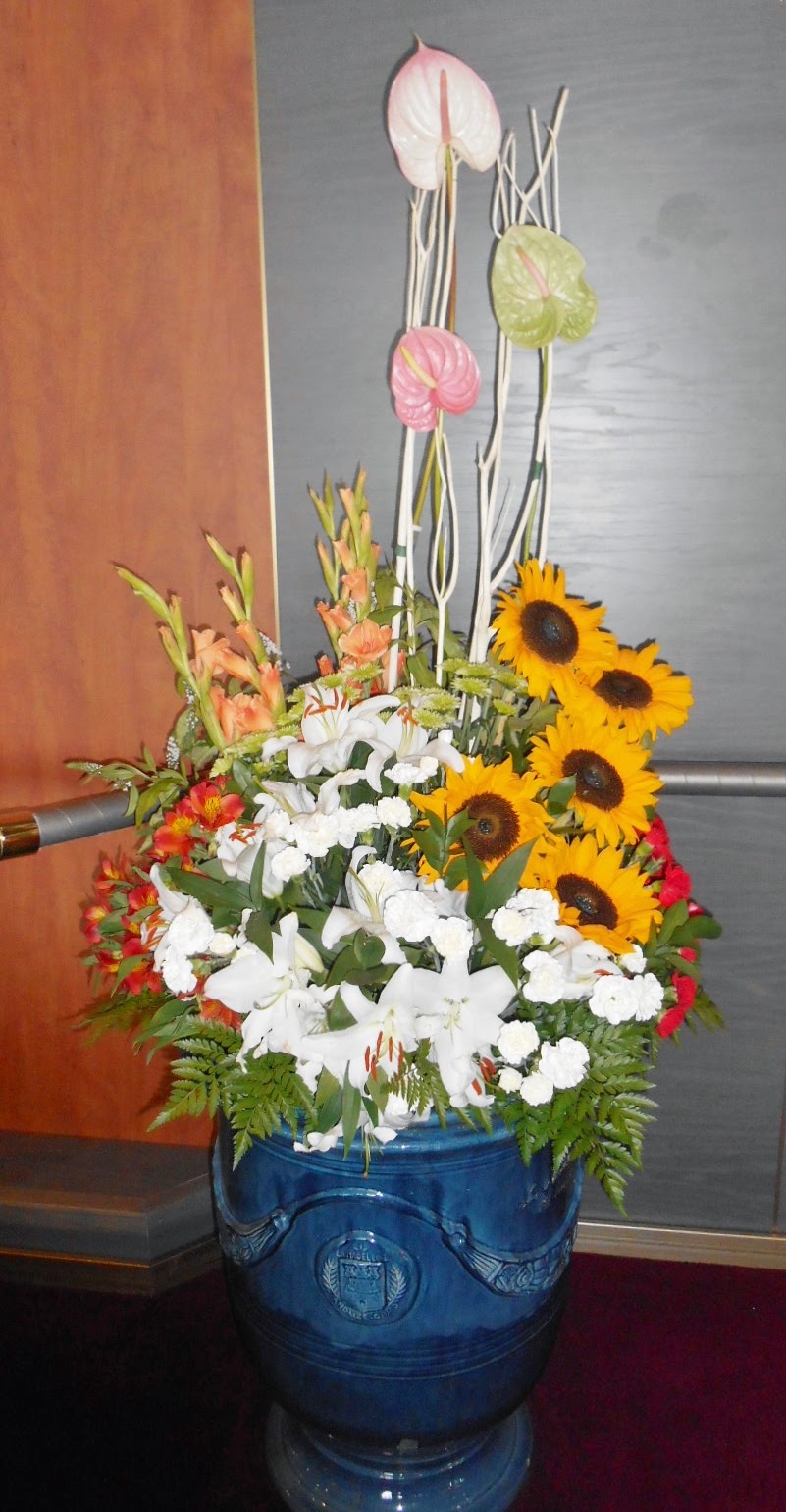 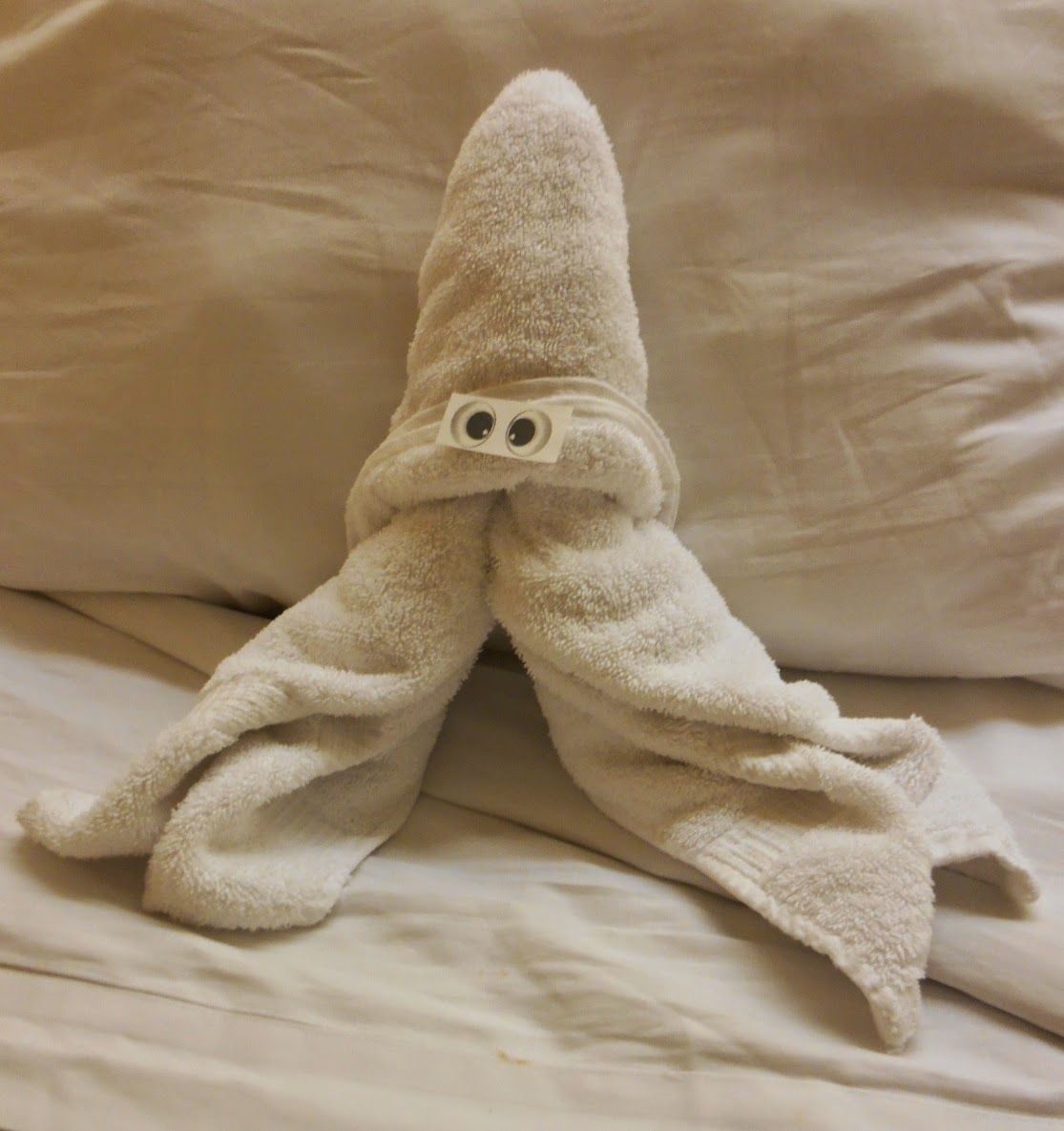 Eyak is an Alaskan language distantly related to the Athabaskan languages. It was primarily spoken in southeastern Alaska, especially along the Copper River. Sadly the last traditional speaker passed away in 2008 and the language is now classified as extinct