Woke up in our new bright sunlit cabin at about 7a.m. and i have a sore throat with some coughing. Once again the first thing i think of is pneumonia and what should I do to prevent it happening or how to halt it. I’m not sure if taking the special med my Dr. prescribed me is what i should do being as it might be just a common cold. Or maybe it’s not even that. But i think if i went to breakfast coughing i’d get lots of stink eyes and i sure don’t want that. Maybe after a shower it'll get better.

I forgot that i had made a date with Margaret from Aussie land for yesterday at 6p.m. I’d like to see her to apologize but we hadn’t exchanged cabin numbers and therefore i can’t phone, and unfortunately i don’t know her last name either.

Annie has left this morning for an excursion in Shimizu, Japan. Wish i would have as it sounds lovely with awesome views of Mt. Fuji and even a visit to a sushi museum. But just as well because coughing on a bus wouldn’t be cool.

So i puttered around taking my time organizing a little better; had to drag out my suitcase twice looking for things and my carry-on had some frisking too.
Finally showered and washed my hair and got it together for my trek down aft to find something to eat. It was too late for the buffet but The Great Outdoors was still serving breakfast so i was able to get my muesli, prunes cuz you know why, and a few nice pastries too. There’s very few passengers onboard today, looks like everyone has debarked. I think more passengers debark at the first place we visit than any other port. I was tempted, not for an excursion but to just get off and browse the vendors tents near the ship but I hadn’t brought my passport with me and didn’t feel like going for it....I was just lazy and feeling a little under the weather.

Well, i saw beautiful Mt. Fuji from the ship. It was pretty unmistakeable but when i was out on the deck a crewman was looking at it too so i asked him just so i’d know it was Fuji for sure because most pics of it show a snow covered top but this one was bare. He said it was his first time here and he didn’t know for sure. Oh well, close enough; i saw a very tall beautiful mountain! I also saw what looks like a pretty big marketplace with tents galore and nearby a large Ferris wheel which would have awesome views too. But i’m not even going to attempt it as i’m breathing hard and have to be able to sit every 3 or 4 mins when i walk anywhere. Sometimes a 15 second break is all i need to be able to advance again. But sometimes more and seats aren’t always easy to find.
So i headed on down to midship for the trivia and nobody was there so i went to Spinnakers and there were two people there sound asleep in the best loungers so i came to the room and it’s been made up and is now peaceful and quiet so i think I’ll just rest awhile.

But i had no sooner layed down when that dam noisy racket started again. I got up determined to find out from whence it comes so i got in the elevator to go to deck 6 first because i do think it’s coming from just above our room. The noise was very apparent inside the elevator too. I got off on 6 and there were no sounds at all on either side of the ship so i went down to deck 4. No sounds on deck 4 at all. What a mystery. So back to cabin # 5014 to hear it loud and proud. So the source is very close to just our cabin. It was giving me a headache and very stressful so i took off for the lunch buffet.

Little did i know that Annie returned in this interval and hearing the noise she called front desk and insisted that someone should come and listen to it. So an employee came and by the time she got here the racket had ceased. Go figure. We are not having an easy time figuring this out. So it’s been quiet ever since and a plate of pastries and a bottle of wine arrived from the cruise director and a message from him was on the phone as well. So they do know about it though feigning ignorance and giving treats to shut us up. I had started a noise complaint issue on a card they have in the Atrium that’s called “tell Steven” He is the guy to complain to about anything and i had made out a different card with a complaint early on this cruise. My complaint had been that the toilet paper in all the public washrooms was way too tight and it broke off 1 square at a time and that was annoying, Geeze i hope he doesn’t keep track of who the complainers are but i noticed that ever since the paper isn’t breaking off one sq at a time anymore so he does read and fix any issues. Or at least tries and then if it fails he sends a treat to the room of the complainer.

I had a very interesting conversation with a lady from India in the buffet today. She and her 34 yr old son thought they were all set to come on this cruise that started in Tokyo a couple days ago. Unfortunately her son neglected to get a Visa and so wasn’t allowed to board the ship but because of some regulation he will be able to join his mom when the ship docks in Hong Kong. Now, this 60 year old woman is on her very first cruise alone and she is a little mobility impaired, something like me. She said she was so scared on her first night onboard that she couldn’t sleep. I had already picked up that she was a newbie to cruising because she was lugging a huge heavy purse around with her. So i explained a few things that she hadn’t been told. One, she didn’t know that no cash money is used onboard and just your cabin card is used for any purchases (except for in the casino)  Yeah, you have to give them your credit card number. She was carrying her money and probably all her jewelry and maybe even her favourite dress in that big purse so i told her to keep her valuables in her in-room safe but she said it didn’t work. So i told her by literally showing her how to do it on a spot on the table. A 4 number passcode is used but i know myself that these safes are very finicky so i hope she understood enough of what i said to be able to ditch her purse safely and easily. Another thing was that she said the cleaning man opened her door even though it had been locked and that of course really frightened her. So i explained who he is and why he opened the door and that he must have knocked first, waited awhile, knocked twice and then opened it slowly. She didn’t know her “ Welcome” sign could be changed to “make up cabin” “turn down cabin” or “do not disturb” and that the room steward is a safe person who will bring fresh towels and make her bed, take out any garbage and vacuum everyday and that he wont steal anything from her. She hadn’t been told any of this. Sometimes i feel so pissed when i hear of things like this poor stressed out woman who does her best with English going through hell because she was on her first cruise without her son to help figure things out. I think this will be another note i’ll write to “Tell Steven” although i don’t remember her name and she didn’t tell me her cabin number, surely he’ll be able to figure out who she is. (hopefully)I hope he’ll start some kind of a program or feel that it’s important enough to maybe have a message left in every cabin with all the beginner issues that newbies might not know on their first time cruising.
She was also memorable because of her use of magnets for her body pains. She was actually wearing one in between two fingers and she said it helps her a lot. She then dug in her giant purse to find and show me a coil ring that she said is rolled up and down your fingers to stop muscle cramps. She asked if I had any cramps and i said yes, sometimes in my legs,ankles and feet. She said that means you have something wrong with your liver. I could have fallen over with that because she was right on, I do have an auto immune liver disease. She said i could keep that ring to use but i refused because she said while they cost only a penny she had brought just two with her. I couldn’t accept her back up ring because she could lose her other one but, man, do i ever want to get me one of those! It was so cool! Maybe next year i’ll cruise India! 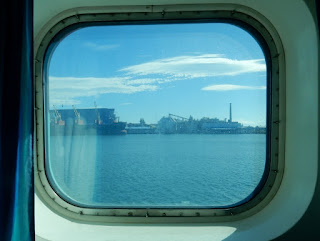 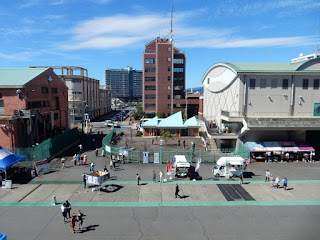 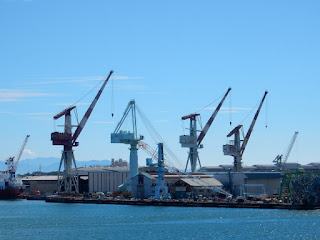 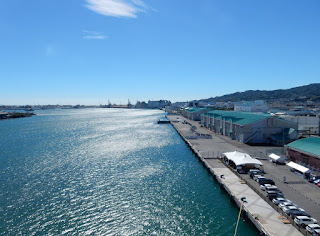 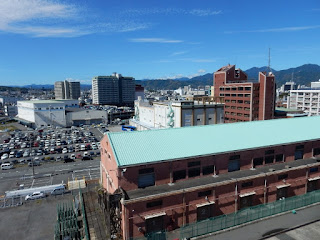 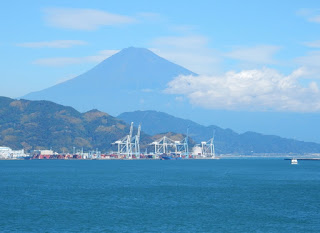 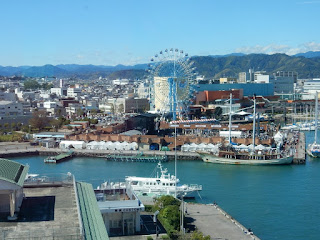 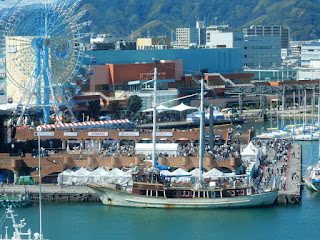 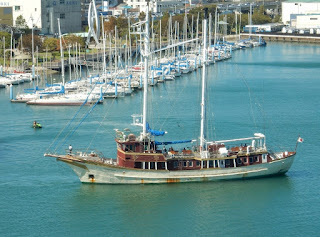 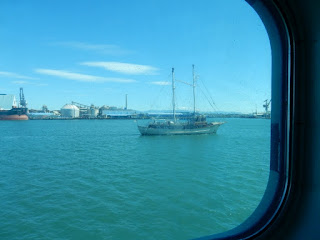 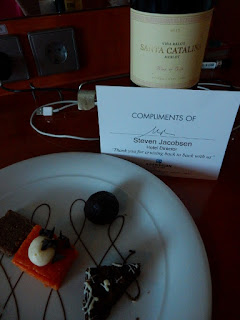 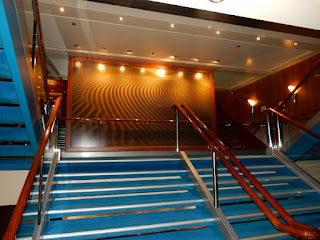 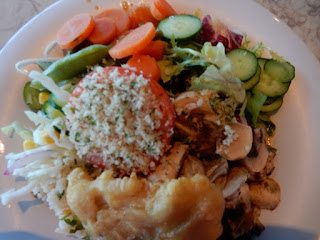 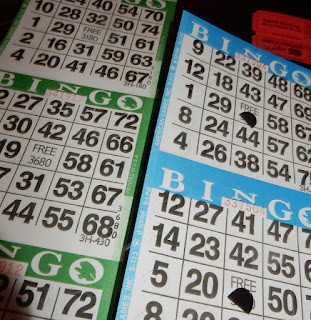 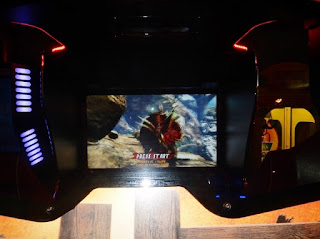 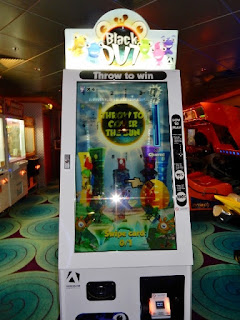 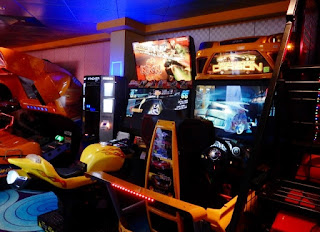 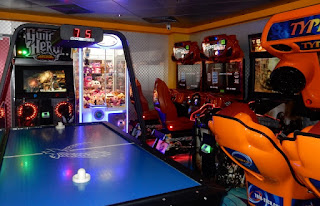