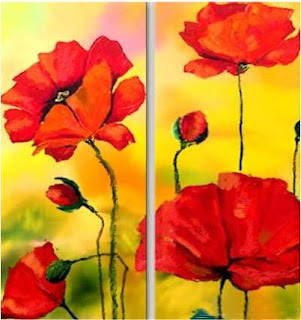 Background
Remembrance Day marks the anniversary of the official end of the World War I hostilities on November 11, 1918. World War I was a massive conflict was played out over the whole globe, but particularly in Europe, where troops from Canada supported the Allied forces.
World War I resulted in the loss of huge numbers of lives amongst both civilians and military personnel. Many more people were badly injured. The war left great emotional scars in the servicemen, who had experienced it, and in the communities, whose sons, brothers, fathers, uncles and grandfathers had died.
Remembrance Day commemorates those who died in armed conflicts, particularly in and since World War I.
In Canada, November 11 is officially called Remembrance Day, but it is also known as Armistice Day and Poppy Day. Remembrance Day is commemorated in many countries, particularly members of the Commonwealth, including Australia and New Zealand (where it is also referred to as Armistice Day). In the United States, Veterans Day falls on the same date. In the United Kingdom, the Sunday closest to November 11 is known as Remembrance Sunday.

Remembrance Day is symbolized by the artificial poppies that people wear and place at war memorials. The poppies may be worn or placed singly or as wreaths. The use of the poppy as a symbol of remembrance comes from a poem written by John McCrae, a Canadian doctor serving in the military. The poem is called In Flanders Fields and describes the poppies growing in the Flemish graveyards where soldiers were buried.
Poppies grow well in soil that has been disturbed. They grew in large numbers on the battle fields. The red color of their petals reminded people of the blood lost by victims and casualties in the conflict.

Other symbols of Remembrance Day are the war memorials, which are usually near the geographical center of communities. These commemorate members of the community, who have died in military action. A particularly well-known memorial is the Tomb of the Unknown Soldier in Ottawa, Ontario. The military parades held on November 11 are also symbolic of Remembrance Day.

What do people do?

Many people wear artificial poppies on their clothes in the weeks before Remembrance Day. Red poppies symbolize the memory of those who died. On November 11, special church services are organized. These often include the playing of "The Last Post", a reading of the fourth verse of the 'Ode of Remembrance' and two minutes silence at 11:00 (or 11am). After the service, wreaths are laid at local war memorials.
The official Canadian national ceremonies are held at the National War Memorial in Ottawa, Ontario, according to a strict protocol. A service is held and wreaths are laid by armed services representatives. In May 2000 the remains of a Canadian soldier who died in France in World War I, but was never been identified, were laid in the Tomb of the Unknown Soldier at the National War Memorial.
Since then, members of the public have laid poppies, letters and photographs on the tomb. Similar services and events are held throughout Canada. Some schools that are open on Remembrance Day hold special assemblies, lessons and presentations on armed conflicts and those who died in them.

In Flanders Fields
by John McCrae, May 1915

In Flanders fields the poppies blow
Between the crosses, row on row,
That mark our place; and in the sky
The larks, still bravely singing, fly
Scarce heard amid the guns below.

We are the Dead. Short days ago
We lived, felt dawn, saw sunset glow,
Loved and were loved, and now we lie
In Flanders fields.

Take up our quarrel with the foe:
To you from failing hands we throw
The torch; be yours to hold it high.
If ye break faith with us who die
We shall not sleep, though poppies grow
In Flanders fields.
Posted by Lorraina at 1:26 AM