The Regal continues to maintain a north westerly course following our great circle track through the North Atlantic Ocean. Eight bells were rung on the bridge at noon as is the custom of observing the time to facilitate the smooth running of the ship.
It was a rough sea today making it difficult to walk anywhere especially as my back is still out of whack and i'm walking all hunched over. People were swishing and swaying all over the place and i even saw a head chef having difficulty walking and a minute after i had taken my eyes off him i noticed several waiters mopping up a spill....don't know if the guy spilled something or if he vomited. The rocking of the ship isn't bothering me in a nauseous way, it's just very hard to walk as sometimes the floor isn't quite there when you step and other times you get walking a few steps extra fast somehow as the movement carries you along for several steps and then you stop all of a sudden and have to get your balance and momentum again. Then it happens again but in a different order, lol! When looking out the windows the waves don't appear to be a big deal. I guess it's because of the irregularity of the swells.
I started out my day in the Lido and then made my way to the Piazza, didn't see anyone i know there so i went to the general store, shopped a little then went back to the cabin, watched a little tv and napped awhile before going back to the Piazza. I saw my roomie there and she said Roland had told her to tell me that he had the apple gelato that I've been hankering for so i went and got a dish of it and it was apple-ie delicious and fresh. I listened to the Ukrainian violinists for awhile then went to the English pub where we were served fish and wedgie sized chips and mushy peas, a desert of English trifle and then breaded shrimp and more fries, thinner ones this time and yes, it was in that order! It was weird but we ate it. On our way back we stopped at the Princess Live theatre to watch a Philippino cooking demo and had a little very hot and garlicky sample then carried on to the cabin where i had a little nap. I had a dream of going to a deck on the ship called the Silver Hook B, and in the dream there was also a Silver Hook A deck and it was extremely important to not get those two decks mixed up but i didn't know why. I always mull over my dreams, wondering if there's some meaning.
The decks of cruiseships all have a number and a name and on the Regal our cabin is on deck #11 Baja. Other decks are Aloha, which is fun to say Aloha to anyone getting off there; Caribe, Dolphin, Emerald, Fiesta, Gala, Marina, Plaza, Promenade, Riviera, Sports, Sun, Sky, Lido and more. There's actually 20 decks or more but not all are accessible to the passengers.
Later I attended a game show called Holly Would You and afterwards a 25 question trivia contest which I got 5 correct and the winner got 29 correct. I am starting to wonder what the heck i am missing here but ho hum; it was for a bottle of wine and people got to mark their own cards......lol! I then went to the Piazza and had a very late dinner of a chicken and pineapple sandwich and a banoffee shake while we listened to the Nexus band and watched our fav. dancers.

Did you know? Princess Cruises was the first line to call in Puerto Vallarta, and Princess' founder coined the phrase "Mexican Riviera" still used today to refer to Mexico's Pacific Coast. 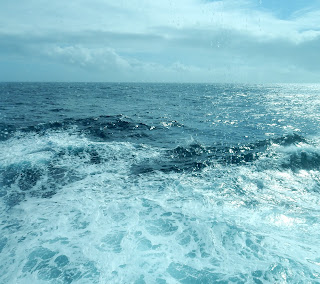 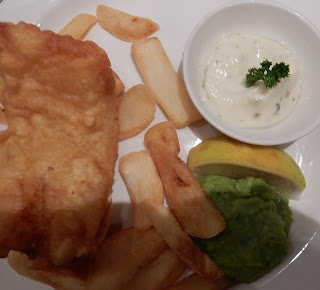 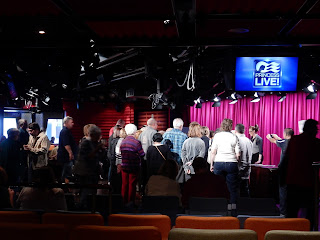 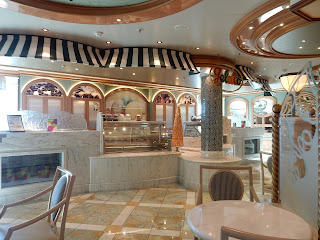 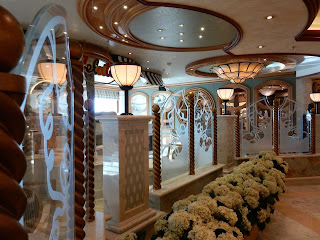 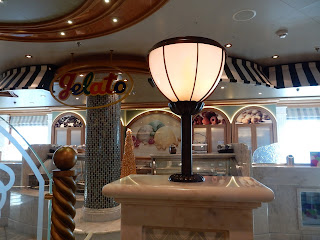 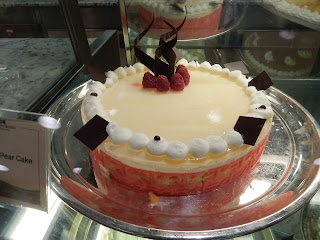 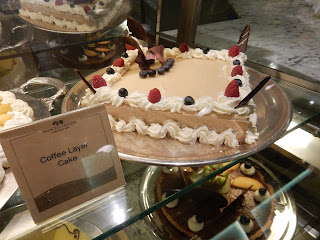 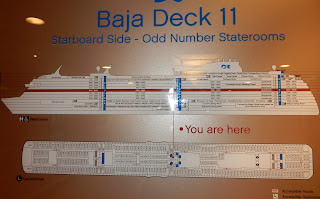 We were pretty much dead center 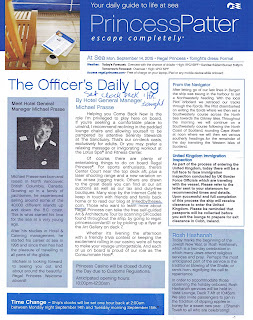 A misc. Princess Patter in your mailbox every day 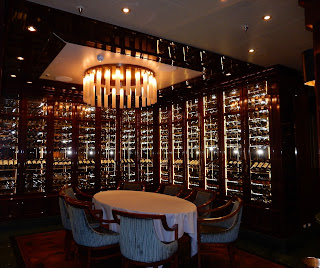 The Chefs table for an exclusive dining adventure 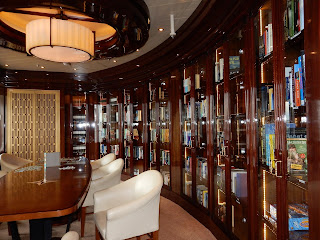 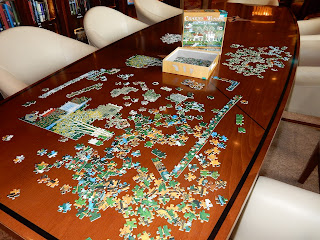 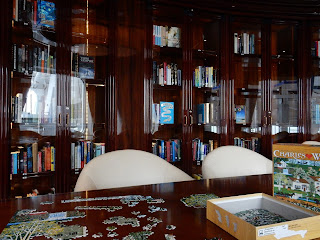 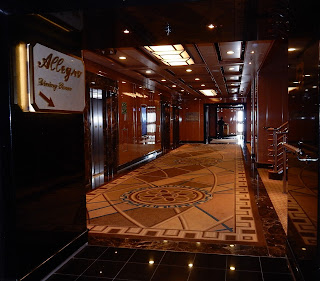 it's an elevator waiting area. The dining room is around the corner 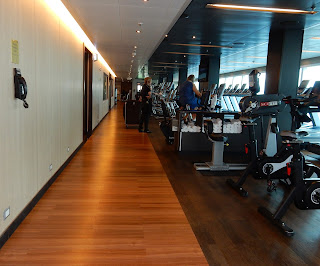 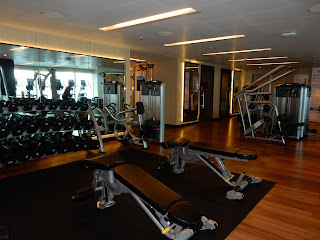 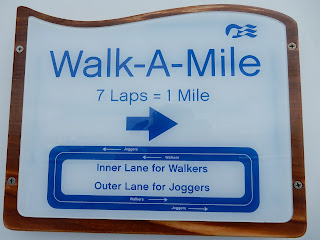 I,am glad you finally got your apple dessert!