Missed meeting the Cruise Critic group because we were supposed to set our watches an hour ahead, I forgot to do it, slept in and blew my chance to see what they're all about. We went up to the Lido for breakfast and the brunch stuff was already out including stews, chop souey, chow mein, rice, hamburgers, steaks, potatos, and every other brunch thing known to mankind as well as regular breakfast fare. This ship is the BEST for lots of reasons and especially the food! I tried to dine  fairly lightly today on healthy Princess muscelli and fresh fruits but then had to get into the deserts too. BTW the muscelli on all the cruiseships I've been on seems to be the same recipe; i wonder how that can be.
We then attended a free seminar at the Lotus Spa called "wrinkle remedies with a non-surgical 10 minute face lift" which consisted of a sales pitch of massages, facials, dermal fillers, lip enhancement, teeth whitening, acupuncture and their makeup application which we all got but I passed on buying because I think I bought it on another cruise a long time ago and it's still sitting in the cupboard. The special was called The party pamper pkg. which included a "muscle melting neck and shoulder massage; a soothing foot and ankle massage, hand and arm massage, Indian scalp massage and a revitalizing  spa facial" sounds nice eh?
We then walked to the seawalk which was absolutely terrorizing to me as I don't do heights usually but i at least stood on it a little bit. We then settled down with a nice mocktail to relax and get over it by listening to the band and watching a rhumba dance lesson. A man came by our table with a cart passing out cookies and ice cold milk. I took a couple cookies but passed on the milk; I want to be healthy but not THAT healthy! Watched people playing some kind of water ring toss for awhile then returned to our cabin for a little nap before getting all gussied up for the formal dinner. We sat with six other people; a 79 year old lady and her 49 year old daughter from Texas, a couple from Australia and a preacher and his wife from Florida who were celebrating their 60th anniversary, all very nice people. The Texans were horrified at the thought of The Donald becoming their president and they were very funny in expressing that.  We then went back to the Piazza for mocktails and more music and dancing. Somewhere in between this I dropped another $20. in the casino.....somethings got to give soon as I want my money back.....it's just a matter of time and I JUST KNOW it'll come back to me with some to spare too. 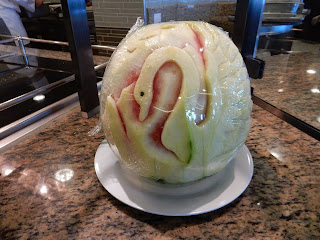 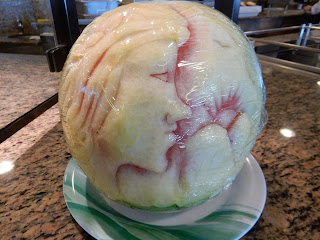 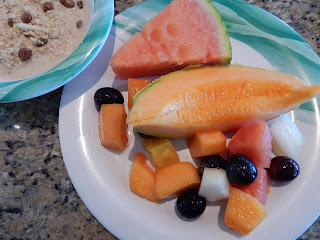 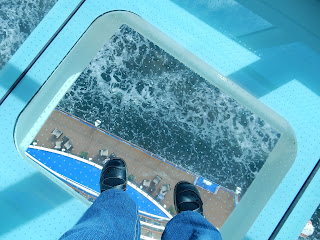 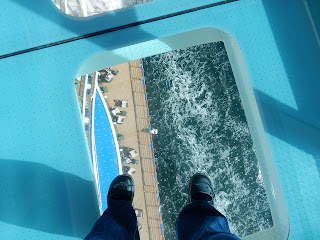 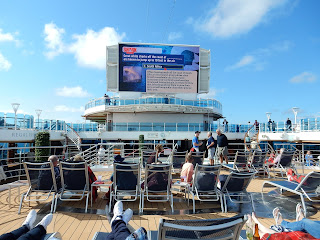 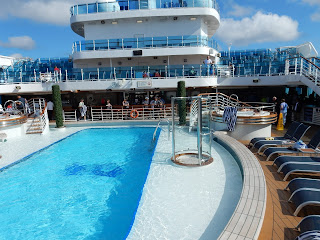 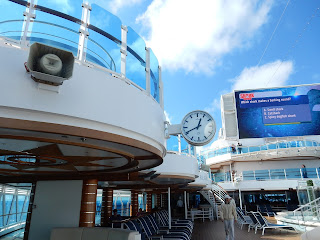 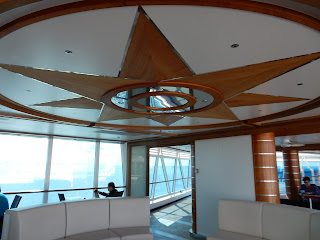 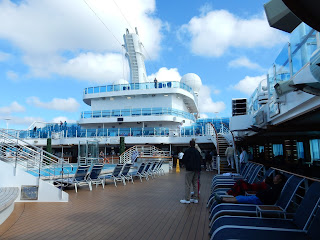 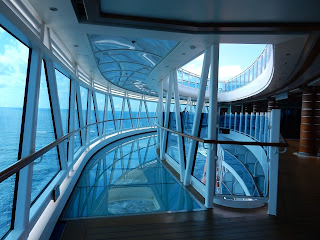 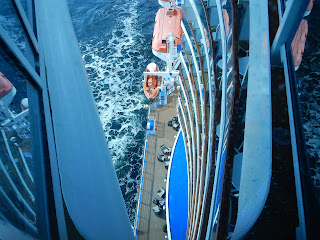 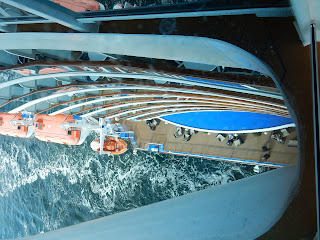 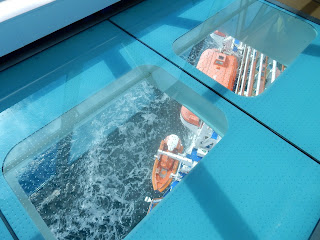 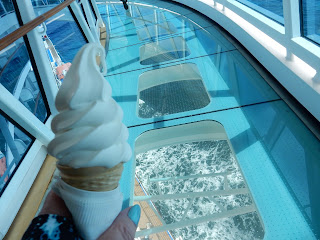 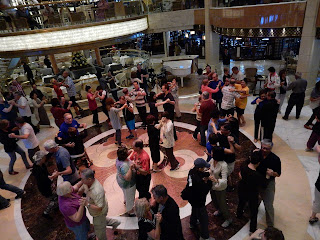 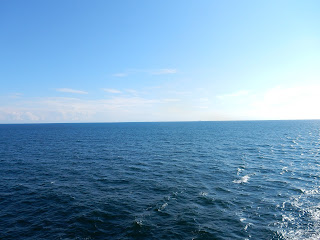 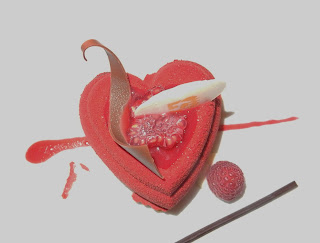 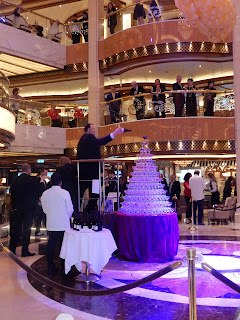 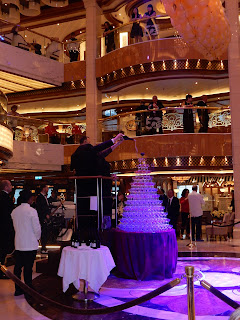 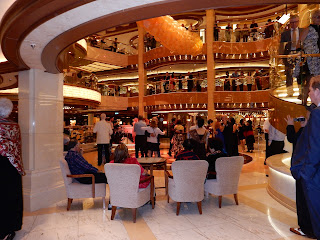 Did you know the feeding of birds from balconies and ships decks is strictly forbidden by Maritime Law?
Posted by Lorraina at 12:36 AM

Did a bird swoop down to get any crumbs from your ice cream cone?