Vancouver now leads 3 games to 1 in this series.

We are ONE game away from competing for the ultimate prize. Looking forward to playing either Boston or Tampa Bay.

SJ coach said of game #4 "Our passing was off, our receiving was off and our rhythm was off"


Canucks coach said "4000 Canucks fans were in the shark tank for this game and i thank them for their support" Some of them drove 15 hours to get there. 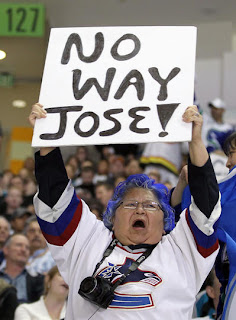 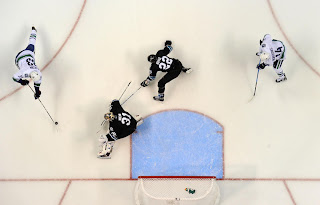 Alex knows what to do with it; obviously an easy goal 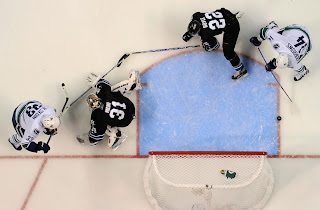 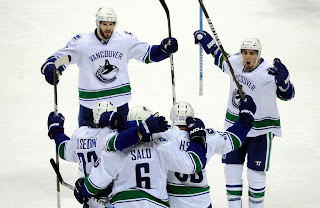 Thanks to Thearon W. Henderson/Getty Photos