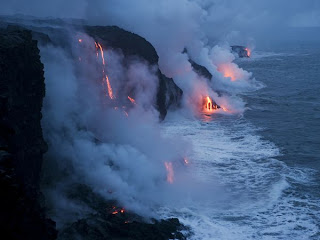 Land ahoy.....there's Hawaii, the Big Island and the Kona coast over there,all


sparkly and beautiful in the sunshine. The Big Island is the youngest,


meaning formed by the most recent volcano and indeed, it is still growing


and twice as big as all the other Hawaiian Islands combined.


We tendered to shore and the actual boat ride took all of 5minutes, the
preparations to go took oh, about 5 1/2 hours. After doing this tender very
quickly and efficiency for 17 years our turn took forever because someone new
handling the shore arrival wasn't prepared for the onslaught of a couple
thousand people. It was a pita for a lot of people and a pity for the Carnival Spirit
on her last run. As our group didn't have shore excursions planned we were
amongst the last ones called to get on the tender and we went on  #20. Took a few
pics then walked and shopped to familiar yet new old places. As tomorrow night
has been designated elegant Hawaiian dinner night the 3 ladies in our group
decided to shop for Hawaiian dresses after the guys each picked up an aloha shirt
in the first Abc store we came to. We ended up back at the dock to get a


shuttle to Hilo Hattie's where we spent some time trying on stuff, all found


their dress but me; the best I could do was a colorful silk screened top in


At the till I was surprised to receive another dress completely free! i


LOVE Hawaii! It was Hatties choice in red, orange and yellow cotton


and it had instructions and diagrams of long, lean models


it said 14 different ways! The models all looked fabulous of course but


myself some way to wear it as shown. Well! Humph! It turned out to be a


was only about 10" wide; this would be the width that should go completely


around the lady, cover her back and continue on to overlap at the front


fabric gracefully folding over on itself, lol) The two ends served as a tie


at the floor and she would look fabulous darlink. No offence but I don't think


theres a Hawaiian lady alive who would be able to wear that dress.


when we returned to the ship noticed the crew all wore the same shirts. I can


tell dinner tomorrow night is going to be fun......


while Bob ate spaghetti. A few days ago i passed on the alligator as well,


i'm getting very wimpy these days....i used to try new things....something must
be wrong with me. Later we went to the bingo and be dammed if I didn't get

down to one number very quickly. I had alreadyanticipated another win

cruisers  i quickly passed it to Bob and told him to stand up, we needed O-65...


indicating he had one number to go......the caller asked if he was sure;


did he have only one line.....nope, two lines minus one number! Would you 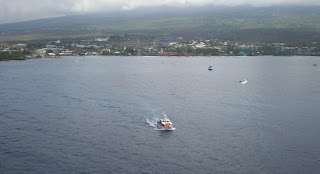 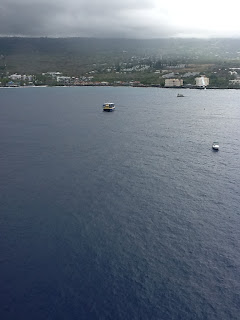 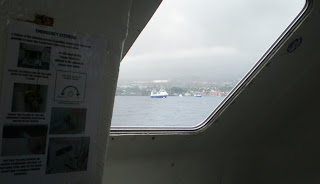 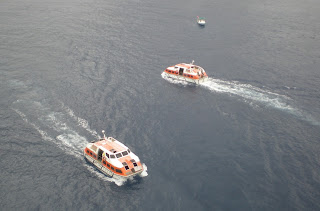 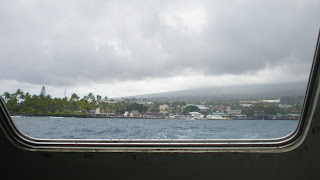 That's the Spirit out there 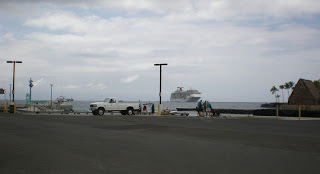 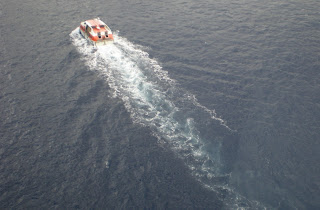 Some of the above were taken from inside the tender

Tonights towel animal was hanging from the rafters 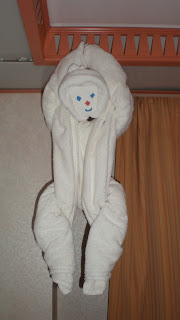