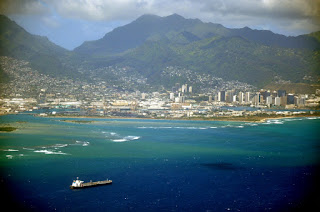 We were up and about way too early but who can sleep with
Stu the cruise director announcing the same old stuff over the
p.a. Guess they want us off here to get ready for the new people
and those who are self dis-embarking can get off now.
So off we took to find a long line-up of do-it-yourself travelers but it
moved fast and soon we were waving goodbye to the Spirit and in a cab
heading to beautiful downtown Waikiki. Found our condo easily; it's a part
of the Outrigger Reef on the Beach and right beside it but of course we
were way too early for 3p.m.check-in so dumped our luggage and headed
downto the Shorebird in the Reef for their fabulous breakfast buffet. 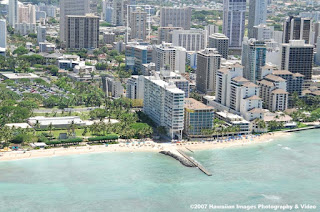 Kalakaua Ave. has grown and changed since the last time we were here and
it's all good; it's a one-way street now and there's nice new sidewalks all
over and new shops along with the old favourites and all very bright and
shiny clean. 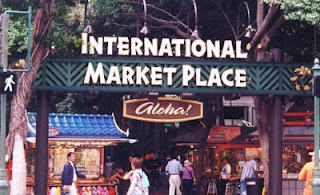 The International Marketplace has what appears to be exactly the same stalls
and maybe even some of the same sellers; lots of the same goods like we noticed on
the other islands and just a little cheaper.Took lots of pictures and videos of
Waikiki Beach with my new IPad that didn't turn out because it was so bright
out guess i thought i was hitting the button but apparently no where near it.
Whatever, lost a lot of good stuff i thought i had and is that yet another flaw
of the IPad 2?  If so i think a stick-out button is needed instead of a flush
invisible one that you can't see or feel in bright sunlight.Or is it just me?
Stopped at the IPhone 5 store on our way back and had a different
question answered but didn't yet know about the pic scenario. Bought a new
watch at the Swatch store and macadamia nuts for gifts at our closest ABC
store then came back to the Reef On The Beach and collapsed with a
margarita in the lobby. 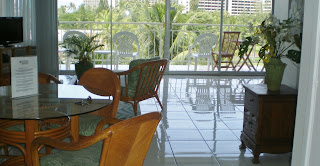 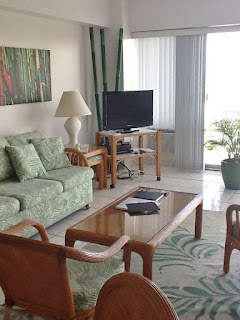 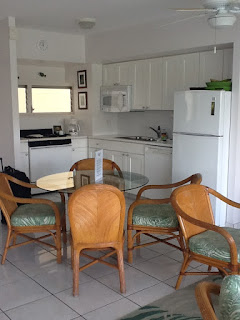 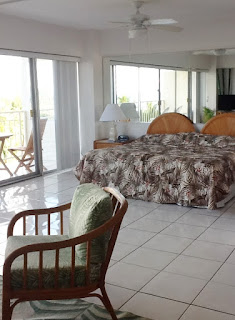 Soon we were lead to our suite and it was a very pleasant surprise; big,
clean, cool, bright and white and green with nice big windows for great
ocean and city views plus all the amenities and really good security. We
were very happy to find these great digs cuz you just never know when
shopping online. However, it had a network and Wifi pw that didn't
work but then, been w/o the web for 12 days because it sucked on the ship
(slow and expensive) so a couple more won't hurt cuz i've found it it's too
heavy and a cumbersome size to be packing an IPad around.Have no idea
what's been going on at home or in the world since 09-17th and it's a good
thing hockey hasn't begun as i wouldn't have been able to access it online.
We used to know where to find a Province newspaper in Waikiki but forget
now and maybe it's not even available anymore cuz nobody else has to buy
an actual paper newspaper anymore.

We had an nice unexpected surprise this afternoon when we spotted the
Spirit from the lanai as she sailed out of the harbor looking all grand and
stately and headed down under to a beautiful new life, yayy go Spirit! I
took a pic but now can't find it.

From our windows and lanai we can see the big commercial jetliners and the
military both coming and going out of Honolulu and there's one leaving
every minute or less and at times two can often be seen at once.This place
holds the distinction of being the only condo on Waikiki Beach; all the rest
are hotels and although it is a very nice place to rent for a couple days the
price to purchase a unit in here is close to or over a million and that's all
about the sunset, ocean and location,location, location. 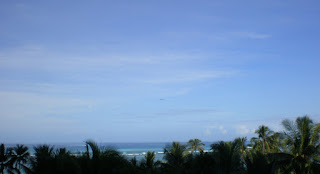 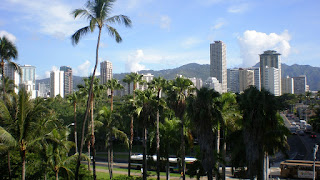 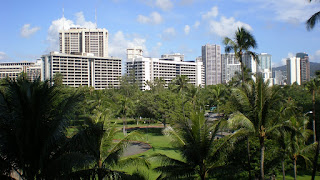 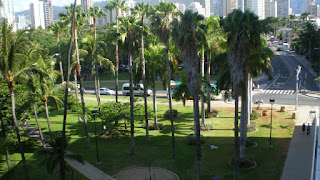 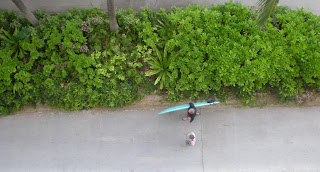 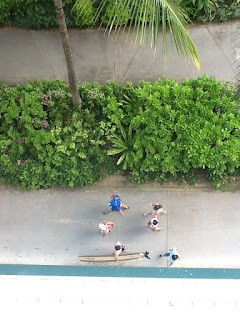 There's a bird man here too! 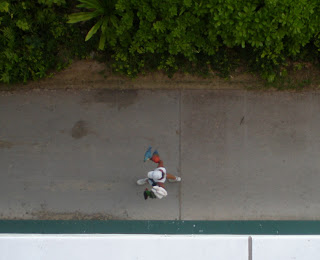 hmmm, now which one should i ride 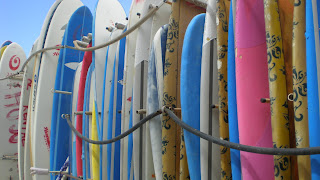 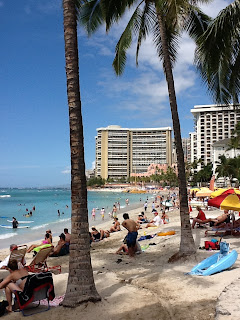 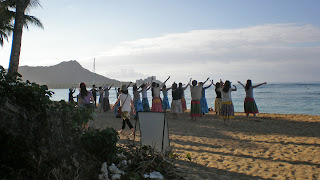 Now this is the life! 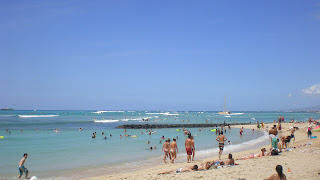 on the edge at the end of the hall 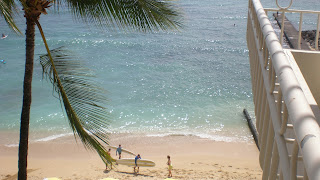 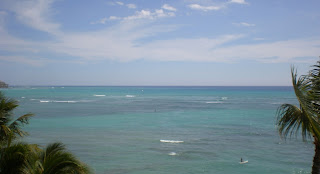 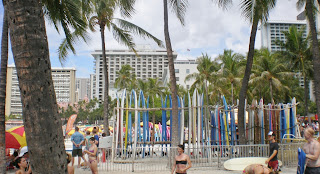 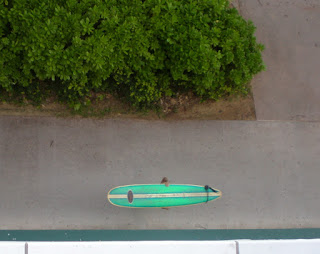 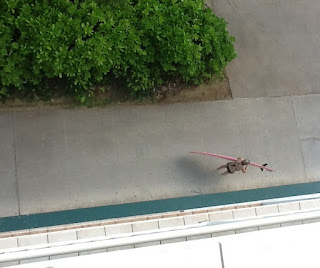 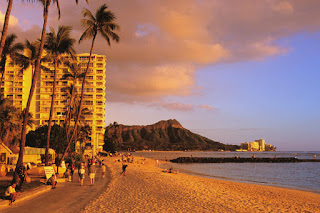 Had dinner at the Kani Ka Pila grille as we forgot to reserve the Shorebird
and were actually lucky to get in with just a 45 min. wait. Entertainment
was a super local band with hula dancers. One cute lil' wahine was about
4 years old who loved performing. She had great rhythm and will
undoubtably become a famous Hawaiian entertainer some day.