Got up bright and early and went to the Lido for breakfast,then to Bingo,
nobody won the snowball game so tomorrow it'll be $1400.
Listened to the cruise director for way too long to find out stuff we
already knew. Lunch and the sky cleared and we were enjoying a
beautiful blue sunny day on the pool deck with our new friends. I had
Chinese while Bob had a hamburger and fries; we both had ice cream then he
went back to the balcony at our cabin to work on his tan while i attended
the art auction and then got lost again, walked extra miles on the way back to
find our cabin but that's par for the course;i expect it and it's a good thing i like
the scenic route because i always discover new and interesting things.

Our view looking straight out 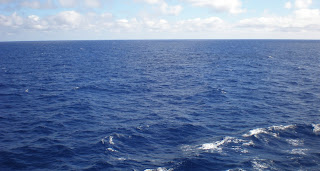 view looking back, home is long gone and we're past the point of return and half way to Hawaii 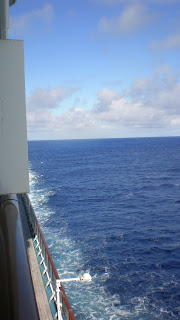 view looking forward, yes that's a lifeboat in our view but that fact results in a cheaper fare. You should see the room next door....bet it's wayyy cheaper. And in fact it is, i found out; it doesn't have a balcony; just a non opening window 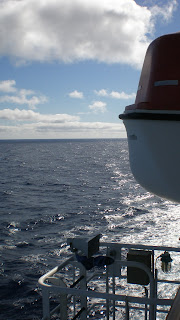 view looking down, ever changing 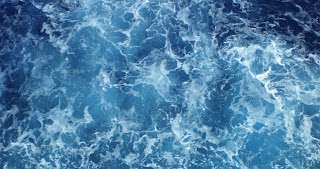 I  guess i've lost part of my notes re last nights dinner (trying to figure out my
new IPad) The show was pretty good, especially the comedian who did a mean
Michael Jackson impersonation. Later at the casino my slot card wasn't in my
pocket so hurried around to get it replaced in case my winnings might magically
disappear, it was a pita but cancelled quickly and a new one cut and my credits
were intact so that was a relief; yayy, their system works!

Today I learned in talking to a nice couple fom Baltimore, Maryland that Ian
had won Big Brother and i was so was glad to hear that. They had seen it on
the ship tv, along with Survivor but it was on at 5pm and don't even know
where we were or what was going on at that time so that was that.

Formal dinner tonight, lobster and prawns and celebrating the 55th
anniversary of our table mates Jake and Myrt. Jan and Don returned to
our table and after dinner we all went to the Pharaohs Palace for the show
which was mostly the local team of 10 ladies and 8 guys who sang and danced
up a storm, pretty good band too. Afterwards we dropped in to the casino
where I held my own with 4 kings and then 4 sevens. By 10:30 p.m. i felt
like it was 4:30 a.m. so we stopped in the Lido for a snack of pizza,
cookies and a banana before retiring for the night but not before turning our
clocks back yet another hour making me feel like a real sissy going to sleep
before midnight.

Art on the landing between decks 1 and 2 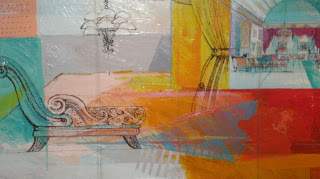 Art between decks 3 and 4 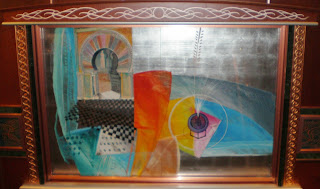 A beautiful wahine in a lounge area 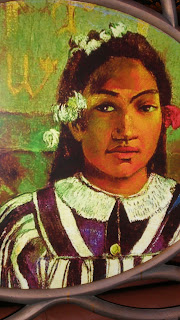 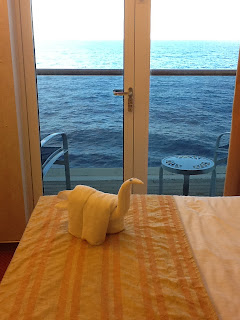 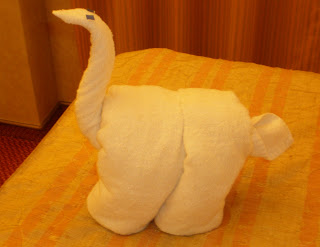