Today is St. Valentines day and we're on day 11 of our cruise with nothing to do but relax and enjoy. A lot or most of the passengers have departed this morning and at noon the new passengers started to arrive. We could have taken an excursion to see Rome today; it would have been our last chance to see Rome even though we started our cruise here and will end here another ten days from now we have not nor will get the chance to see it. We regret not arranging for a night or two in a Rome hotel after our cruise. We are docked 80 miles from Rome in their chief port at Civitavecchia and a bus trip today would have been 8 1/2 hours long with over 4 hours of that covering the same road that we have already seen and will see again when we return here for our departure to the Rome Airport. Besides it was cold and raining early this morning just like it was the day we embarked. But exactly like that day it has turned out to be a beautiful afternoon and now we wish we would have gone to Rome and done what the Romans do. Too late!

Instead we ate some more and watched the ships windows get washed. This is our balcony windows and glass wall. It was incredible the way the workers had to constantly holler at the people in their cabins to not open their door as they were using high water pressure guns. You'd think it be common sense but apparently not much; people just have to open their doors to see what's happening. 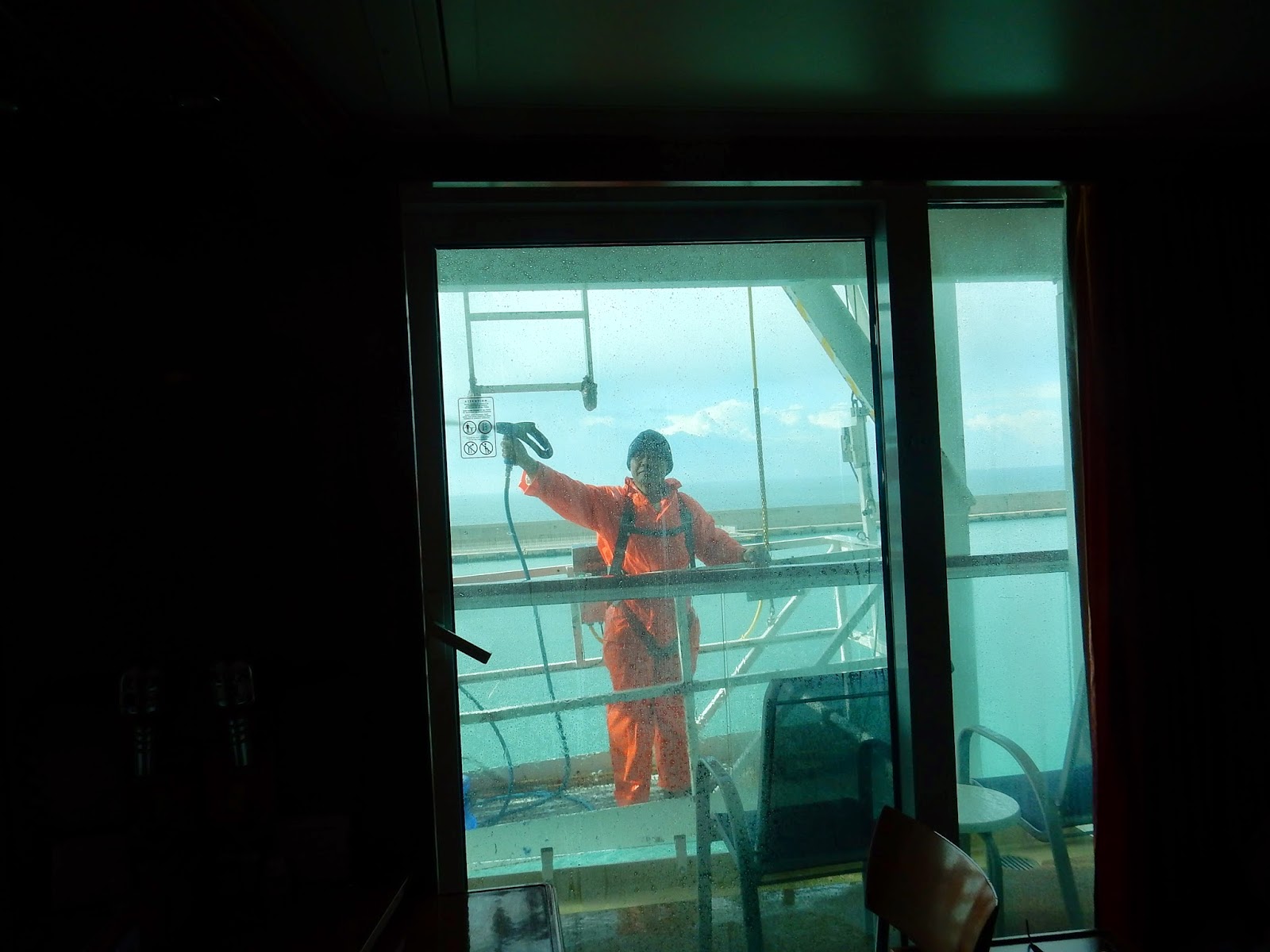 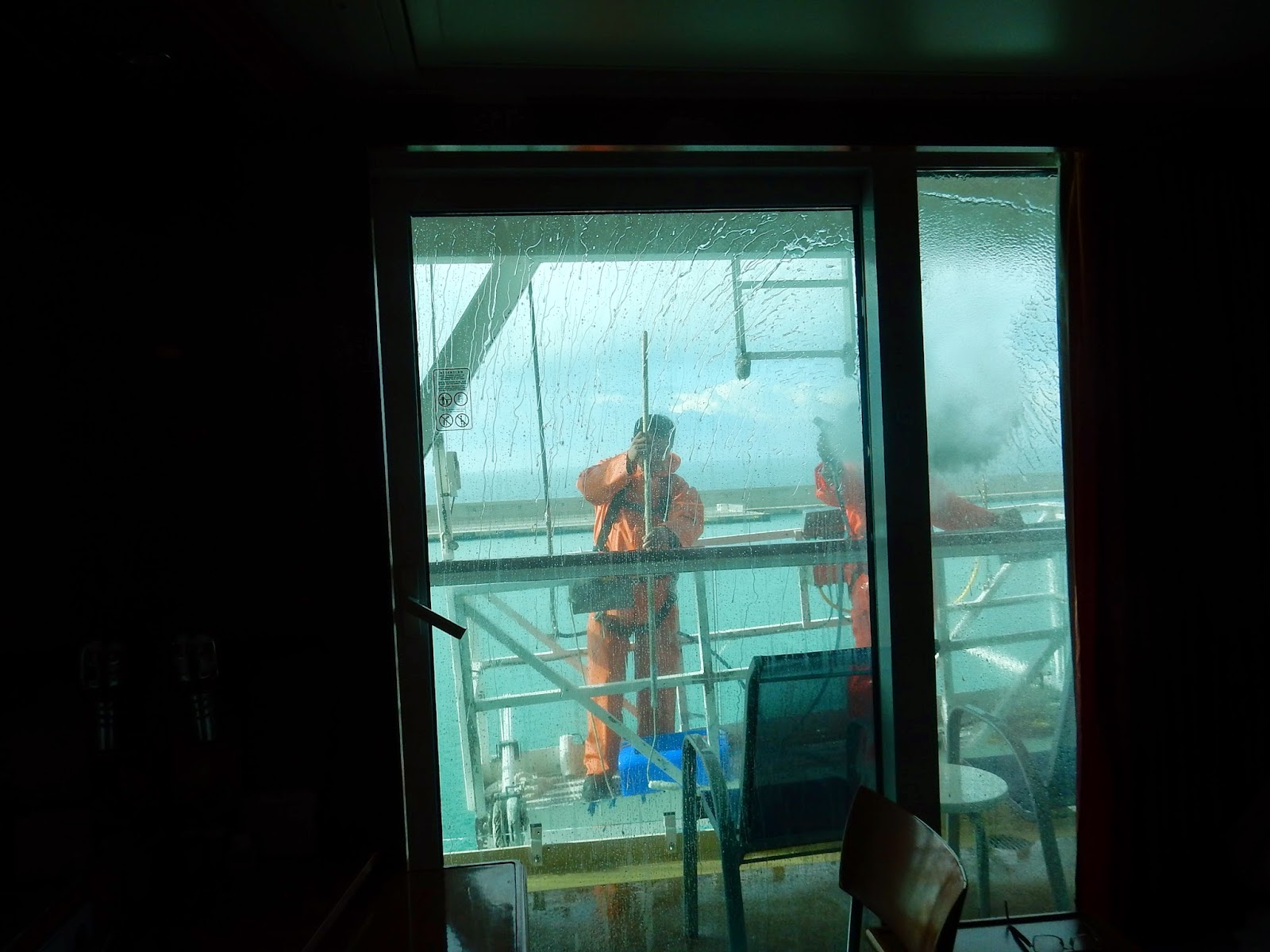 This was the windows outside of the buffet restaurant and a scary job! 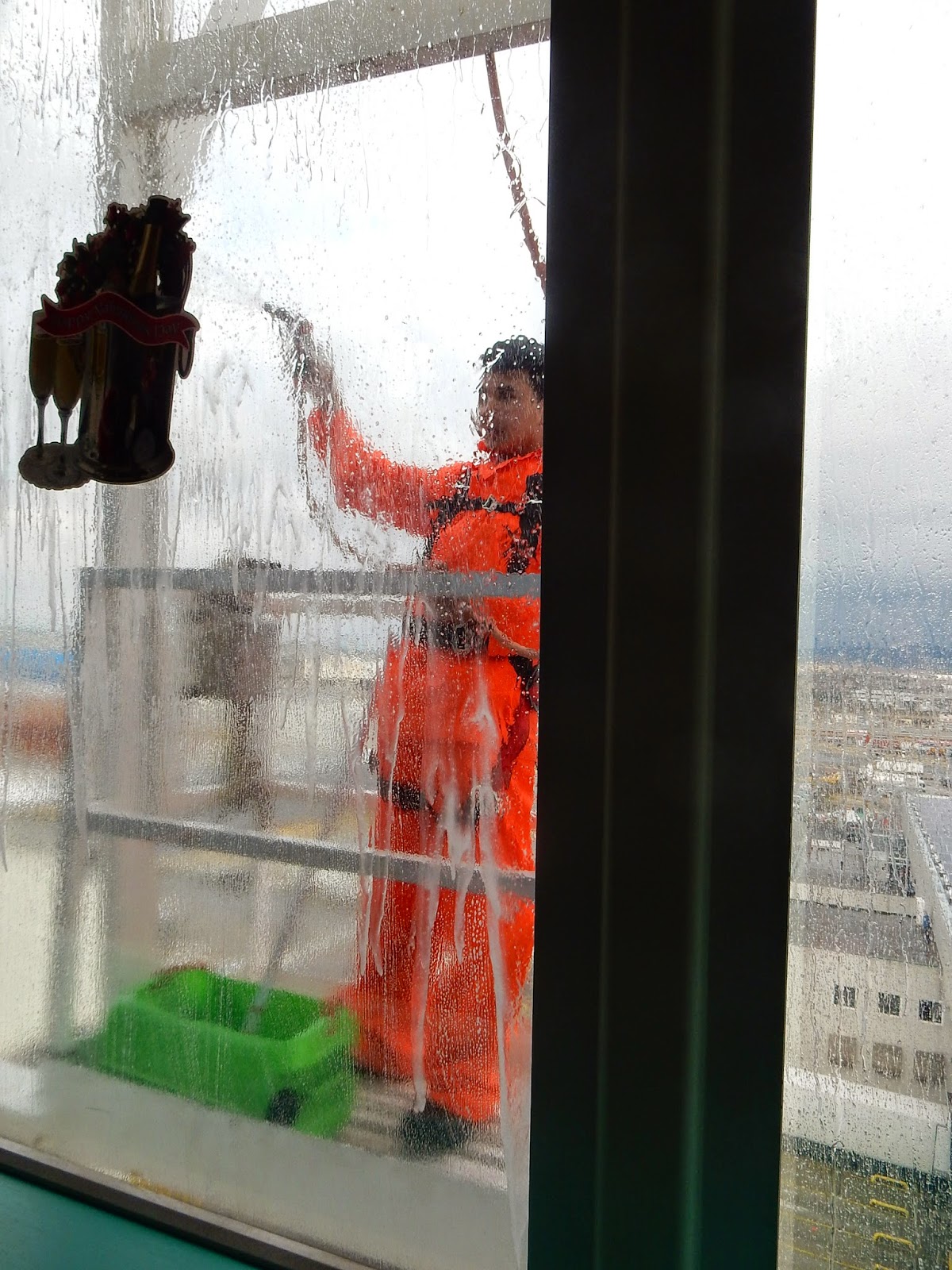 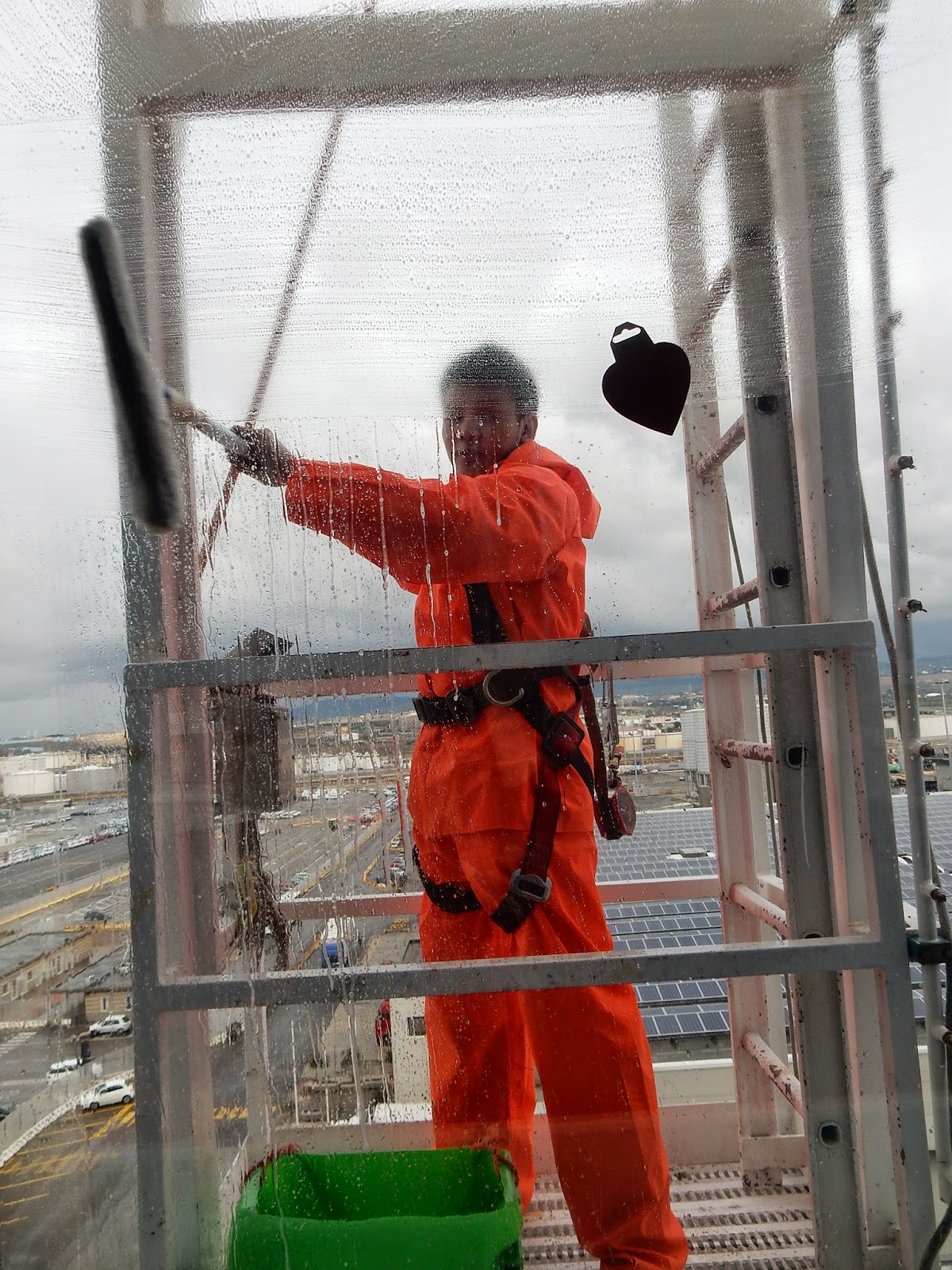 Then we watched ten workers drive new cars off a freighter nearby and park them in nice neat rows then hop into a van which drove them back to the ship to get ten more and this was repeated for as long as we watched. From our view point in the restaurant they looked like tiny worker ants in a hurry to get the job done but don't know if it was ever done or not. Such fun on a port day! If you cruise you'll know not to ever stay onboard on a port day unless you want to chill out, eat and rest and wander a very quiet empty ship or get some r and r.  Even the spa, hair salon, art gallery, shops, bars, games and shows all shut down and some of the crew gets a free day while cabin attendants and kitchen staff have maybe more to do than ever in preparations for the new passengers.
Eventually all those who were departing left and the new people arrived and everyone including us had to attend the muster drill, no ifs, ands or buts......we tried to get out of it being as we had done it recently but we didn't try very hard as we know all the crew does every drill plus more so why not us too.
Finally we set sail and there's music and action and shopping and talking and games and more eating and cruise life kicks into action once again and we are on our way to Livorno, Italy.
Ice cold hearts for Valentines day. 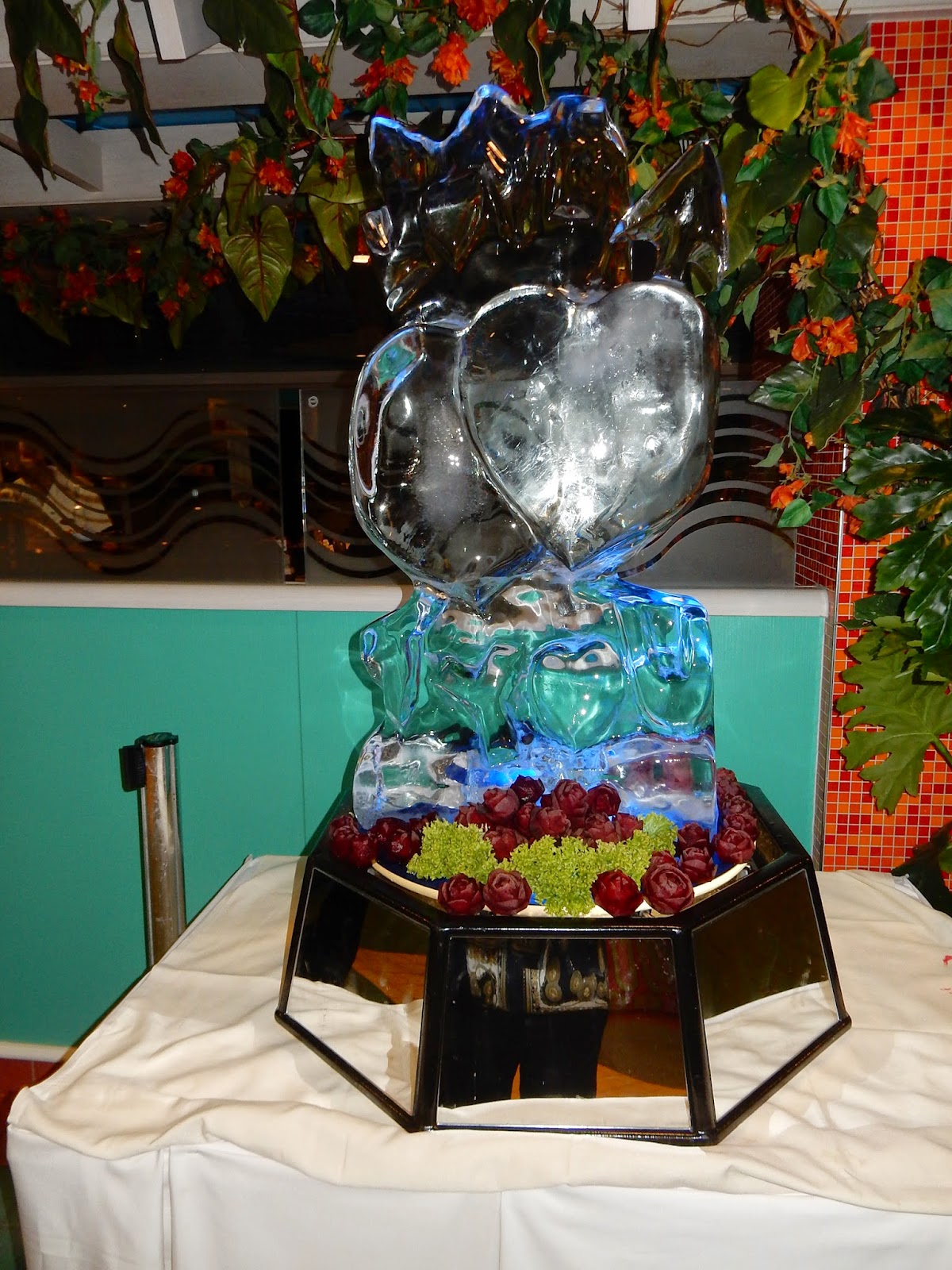 The Moby Wonder docked nearby 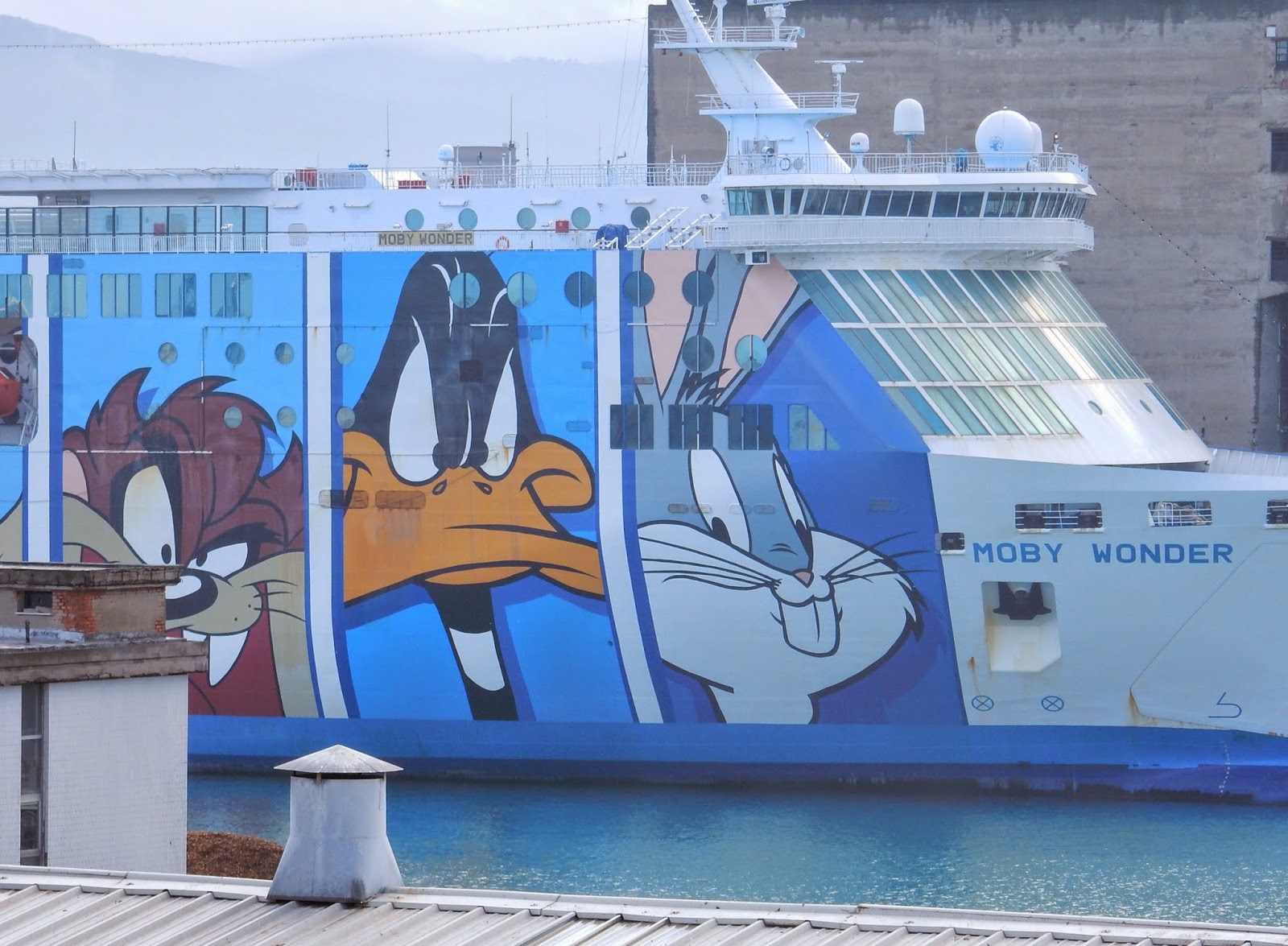 A nice Valentines cake.....the little boy had been lost and crying for his mama mere seconds before I snapped the pics without even seeing that he had already put his fingers in it, lol. 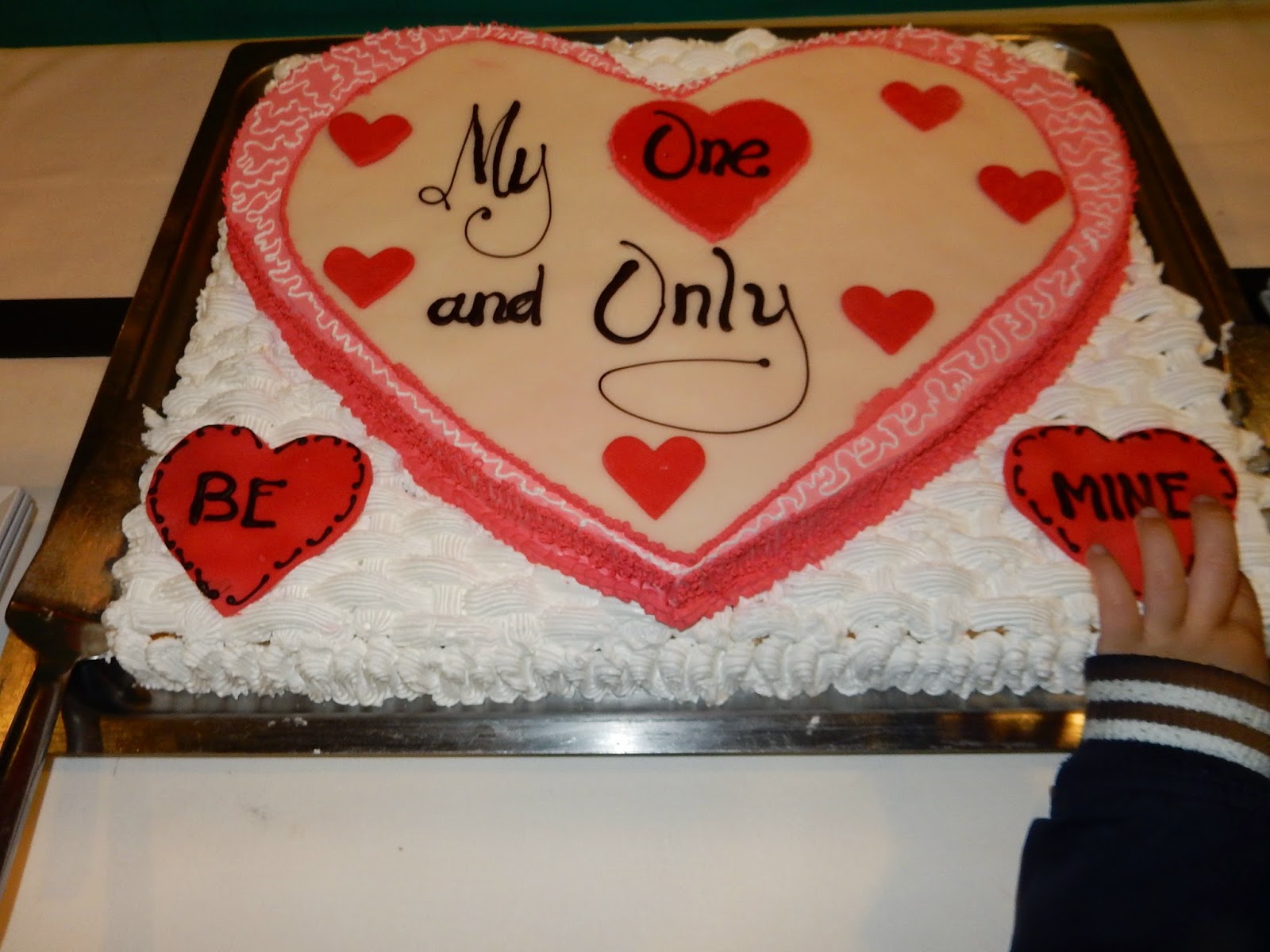