Visit from a family of bandits

This is a bumper year for raccoons in Delta. The reason for so many sightings of the cute little masked bandits is that garbage cans in Delta are home owner purchased of  many varieties and most are not raccoon proof and are easily tipped over. The adjoining city of Surrey supplied all their residents with 'coon proof cans a few years ago. In their infinite wisdom the city then proceeded to feed the raccoons until this year when the easy food suddenly and mysteriously stopped being supplied.Now these hungry animals have been arriving into the Delta in great numbers anxious to tip over cans to find the junk food they've become accustomed to. Not a problem for us as we never put our cans out until pickup day but then we do have a pond that attracts them as well as dry food left out on the deck for a couple of feral cats that have become dependent on it. So now what do we do, stop feeding the cats? How can we since i've gone and given them names; they're like family now, although they still won't let us near them. What will be next in the chain of dependency not to mention the dangers of the raccoons now becoming daytime hunters. They've also become very tame and are not afraid of people at all. This one was at my back door yesterday and paid no heed to my shouting at him. I pretended to start opening the screen door expecting him to take off but he started walking towards me instead. He would have walked right in if the door had been left open and probably soon learn how to open the fridge door while we watched tv in the next room. 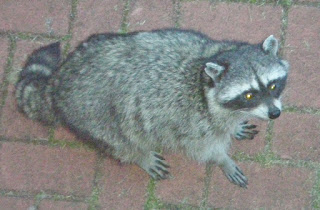 I fear if they don't get enough food they'll be hunting and viciously killing cats and small dogs and and then the people will be mad at them. In the meanwhile they're breeding like crazy so i'm sure the Municipality of Delta will have to cull them out somehow and i'm afraid it's not going to be pretty. I want no part of this and yet i am involved somehow, like everyone else.
A little while later, still during the day this mama and her triplets arrived but probably because the kids were still very young she toddled them off after just a few loud warnings. 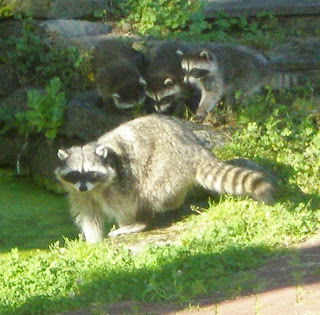 Lunch with Jen and Hailey 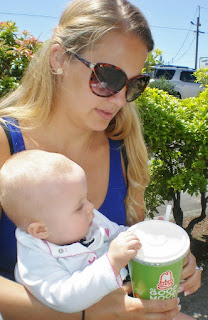 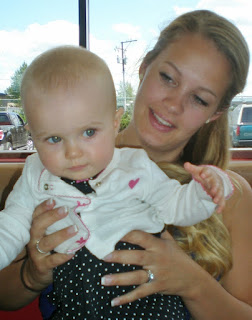 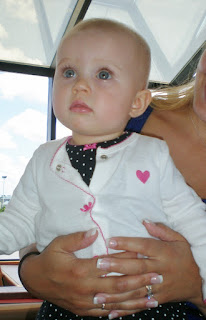 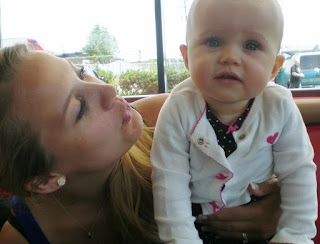 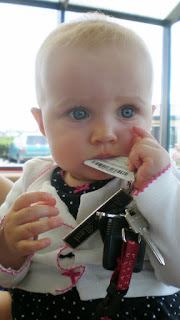 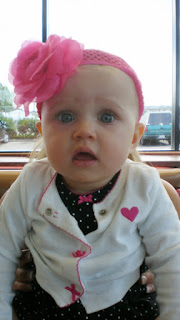