Not having any luck with the new blogger and can't spend any more time trying to figure it out. So will simply track Willy like this. Sighted on Sept.3, 2020 at 05:03 in Sydney Forks Nova Scotia. Travel time from previous entry 93 days, 1 hour, 38 mins. Distance 34 KMs. Average speed per day was 0.37 No pic,as i cannot figure out how to do it anymore.
Posted by Lorraina at 3:38 PM No comments:

willy hit again less than 3 days from his last sighting

Willy sighted again all the way across the country

The 2020 cruise that didn't happen


I was supposed to be onboard NCL Bliss tonight for a 21 night cruise but here i am at home surfing the net and creating Gelli prints. Who knew back in the beginning of the new year that a virus called Covid 19 would happen and ruin my plans.

I've always wanted to go on a huge ship and it was finally supposed to happen today. I had booked it back in Feb. and had been soooo looking forward to getting aboard my biggest ship ever. Bliss carries 4000 passengers and with 1700 crew pulling it all together i thought i was going to be having the time of my life. I was aware of everything that was supposed to happen today like exactly when my husband would be driving me to the airport, the moment when i'd land in New York, meet my room mate and have a nice dinner and after a good nights sleep, board the ship and find the beautiful midship balcony suite that we had been upgraded to. Doesn't that just take the cake though, my first major upgrade, first suite, first cruise with my friend Judy, first time sailing out of New York and sailing under the Verazanno Bridge. We would sail past the Statue of Liberty and this would be my second time; i had sailed by it in 2014 in the dead of night but still, it was pretty awesome to see her standing there in the morning. Even so though i was really looking forward to sailing by her this time in daylight.

Bliss was built in 2018 and she's not the biggest ship on the seas but that's ok, she would be my biggest ship and i knew that afterwards i'd have to drop down to smaller ships as i'm getting too feeble for all the walking involved on the big 'uns. I was planning to drive a Go Kart onboard as Bliss is home to one of only two Go Kart race tracks at sea. Then there's the Ocean Front which is a space 1/4 mile long. The Jersey Boys show and another called Six that i was looking forward to seeing onboard....my list of what to do on this beautiful ship is a mile long so i won't go there.  We were going visit to Cartagena, Columbia to see the old town and find out why they say it has a Caribbean flavor.  Then after traversing the Panama Canal i would be on a mountainous excursion in Puntarenas Costa Rica and then an Eco river cruise adventure in Puerto Caldera. Another day for the Antigua Puerto Quetzal Discovery visit in Guatemala and then an excursion in Puerto Vallarta, Mexico and another to Cabo San Lucas then to Los Angeles to see the beachfronts and Beverley Hills and meet my roomies friend who planned to come down to meet us there. Two days of sailing next to Victoria, B.C., the capital of my Province where we planned to rent a car and see the sights with a possible stop at Butchart Gardens if time permitted. Eventually the cruise would come to an end in Seattle where we'd spend 2 days at the port and then disembark the ship and head for the airport to catch my little one hour puddle jumper to Vancouver. San Francisco had been a port on this itinerary but cancelled and nobody knows why. Whatever, what a waste of a gorgeous big ship that's wasting away at anchor somewhere out in the drink and a friend that i now won't be seeing, sights that i won't see, games that i won't be playing  food that i won't be eating, you get the picture.....it's all so sad.

Not sure if i'll ever be a passenger on Bliss now but one just never knows what might happen, things changed and the whole world has been stopped in it's tracks. But we'll be up and running again sometime, hopefully soon and in the meanwhile stay safe, be kind and keep sailing on. 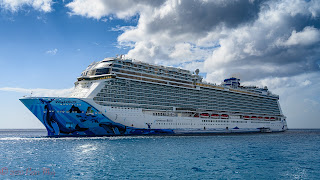 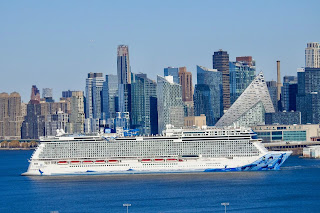 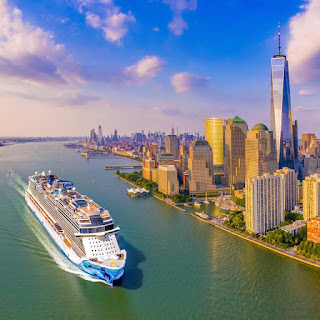 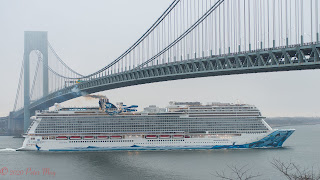 Posted by Lorraina at 1:48 AM No comments:

Posted by Lorraina at 4:49 PM No comments: