The story of last night 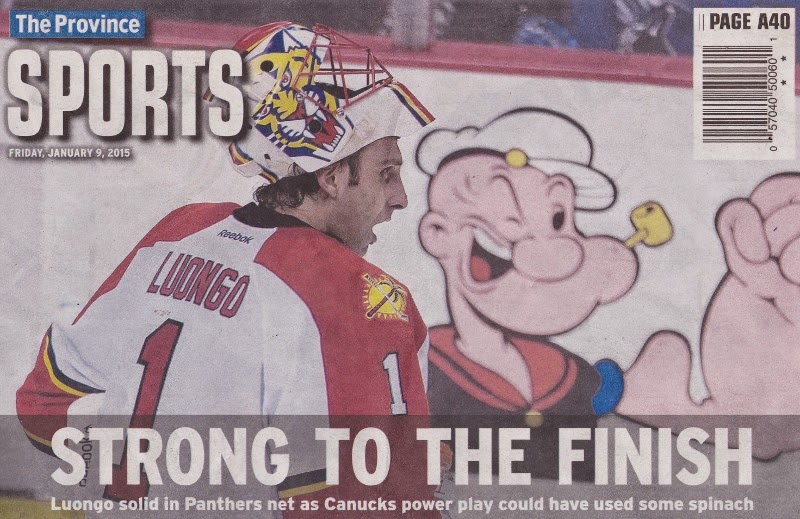 The video played on the jumbotron and the crowd rose, roaring for the goalie who stood alone in his crease, wearing the armour of his position, but looking so vulnerable and alone.

Then slowly he raised his mask and the emotion of the moment was there for everyone to see. He raised his stick. He tapped his heart with his glove. Then he bent and reassumed his position in the crease.
It was beautiful. It was moving. And the whole thing took about a minute. We see so much that is manufactured in our games; so much that is contrived and false that we become suspicious about times such as these. But this one was real and heartfelt and afterwards Roberto Luongo said "I just wanted to give my thanks, my appreciation, not only for the welcome, but for the eight years. There were a lot of memories in those eight years. It was just my way to thank the fans."

The Luongo homecoming was held Wednesday and it was a memorable evening all the way around for the guest of honor. On the ice Luongo stopped 32 of 33 shots in a first star performance as his Florida Panthers recorded a 3-1 win over the Canucks, the only NHL team he hadn't beaten.
Luongo was good early, holding the Panthers in the game as the Canucks dominated the first period; really good in the second period, making three five-alarm saves as the Panthers built up a 3-1 lead and clinical in the third, stopping all nine shots as his teammates did a masterful job of killing 5:20 in power play time.

But the real story of this night was those 60 seconds in the first period when the faithful saluted their man and he responded. For most of his career here in Vancouver Luongo was seen as a polarizing figure, someone who divided this city into pro and anti Lu camps. But on this night the town was his in a way it's never been before.

Lu was and is a class act who I loved for eight years, what the heck, still do! I'll always remember you Lu, my all time favourite goalie, thanks for almost getting us the Stanley Cup, thanks for winning us the gold medal in the Olympics, thanks for many enjoyable games, thanks for the memories and thanks for being you.
Posted by Lorraina at 1:00 PM No comments:

Bob and our big achievement: The Puzzle


It's been many years since we put together a jigsaw puzzle but we got this one for Christmas and have worked on it off and on until tonight and ....ta-dum! here it is fini! I know I shouldn't be bragful but it was actually a pretty hard puzzle due to the fact that we forgot to work on something white or at least light coloured and the romantic lighting of our dining room isn't really appropriate for putting together puzzles. All those colours everywhere and the dark colours in the background against our dark wooden table made it difficult but we persevered, me with the use of eye drops, he with a nap or two,  lol, yeah, we are getting old and feeble but we did it! It's with great pride I show you my hubby and our completed 750 piece jigsaw puzzle. 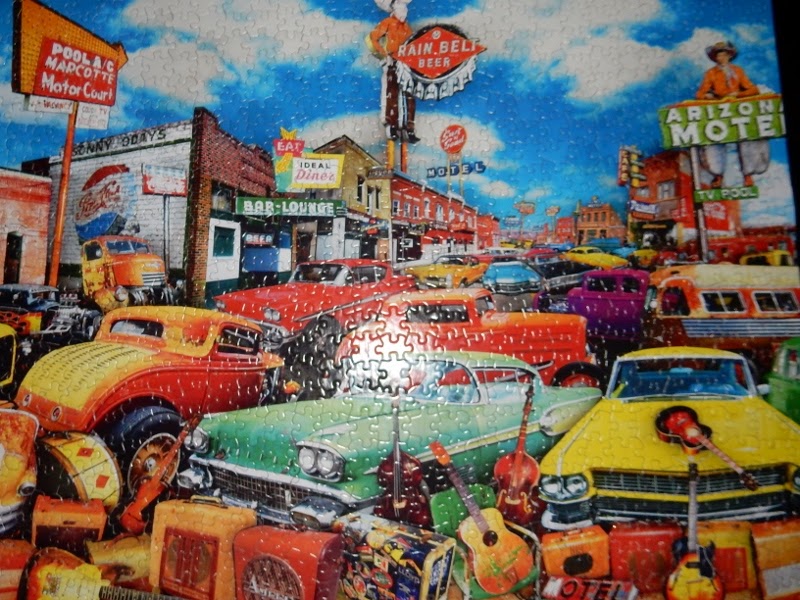 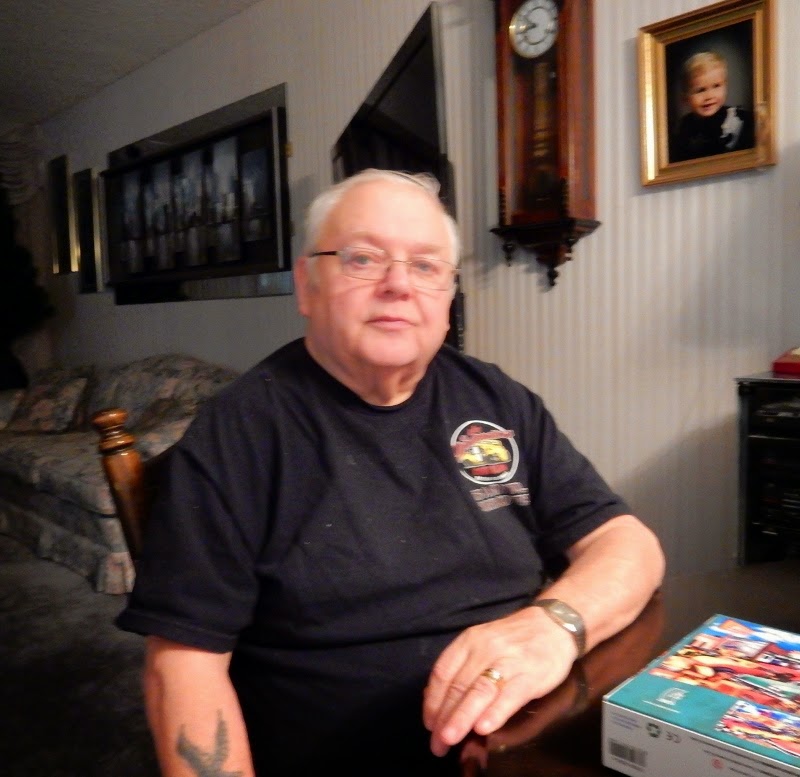