I met my granddaughter Jennifer and my two beautiful granddaughters Hailey and Emily for lunch and were seated in our regular booth at Boston Pizza. They were happy to be home after spending some leisure time in Mexico where Hailey fell in love with Michael Jackson! 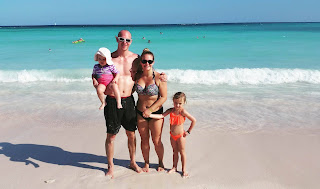 The hotel had a live show each evening and one night it was a show with impersonators of famous singers and that's when Hailey first noticed MJ and she fell in love him upon first sight. I don't blame her; he was an awesome entertainer! She will learn eventually that that wasn't really him. 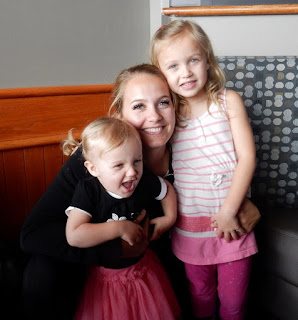 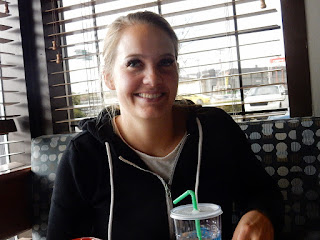 Jen had a an awesome time with her little family and it was a well deserved vacation. 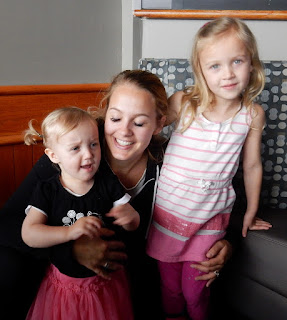 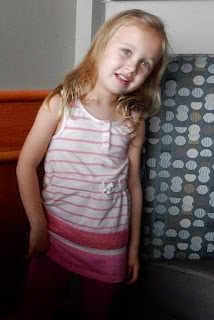 Hailey is quite the artist at age 4. When I complimented her on her colour choices she said "thanks; that's my formula"....... I really do think blue was the best choice for the octopus given that she had only 3 crayons. She then signed it again and it was a better cleaner signature than the first time around but I forgot to get a picture of it, bad g-grandma! 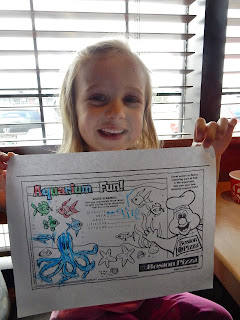 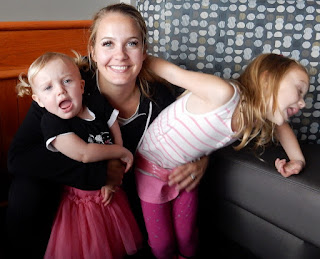 ﻿
Eventually they started getting tired of visiting and eating and there's not much for kids to do or even to watch on the house tv's as it was all sports. Hailey however, is a very sporty girl and will start playing on a soccer team next week.