Theres just so much to say and so much to see of the 2010 Olympics closing day.  I'll try to put some of my memories in little bits....some things may be wrong so don't quote me please.

Sidney Crosby got one goal during the games
Sidney was born in Coal Harbour, Nova Scotia, Canada, population about 600
He didn't see the puck go in.
Assist from Jarome Iginla
The Zak attack.
Pronger and Neidelmier
Luongold
Our troops in Khandahar were able to watch the game
Brothers in arms but not on the ice.
Canada gold, U.S. silver, Finland bronze.
A Canadian girls broken ski pole, a Norwegian coach lends her his pole.
We sent a thank you note along with a gift of maple syrup;
5 tons of it.

Canada is the winningest country in the history of the Olympic games, 14  gold medals at home.
Spontaneous outbreaks of the singing of Oh Canada on the buses and skytrains
The painted faces.
Everyone who owned a hockey jersey wore it.
The red mittens.
The moose sweaters like those of that my dearly departed aunty Elsie used to knit.
Royalty and celebrities came and were just one of us.

The magic that fell over the land when the flame came. A human chain of 12,000 carried it from coast to coast and we all fell under its spell.
Then a horrible crash and the tragic death of a Georgian luger named Nodar Kumaritashvili.
We were sad and questioned what it was all about and if it was worth it.
And then we pulled our socks up and 33 million Canadians made their way through it together. R.I.P. Nodar 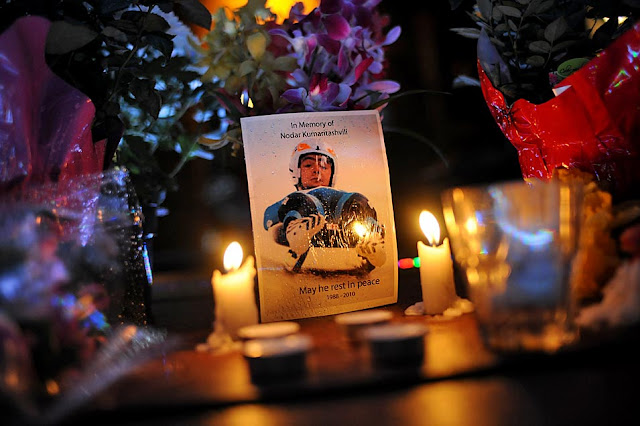 I love the moose hat that everyone was wearing!

They look so funny but fit the occasion. It lets the wearer show his happiness so much better than ordinary toque.