This is the story of Janie. It’s a fictional story written by your’s truly in 2003. You might be able to figure the story out by viewing the pictures but just in case you don’t get it i’ll tell you the basics; the little I still remember but mostly guessing from the artwork.

But first you must know the how’s and what’s and why’s of it.

I’ve been cleaning out my art room and came upon these old long forgotten about pieces of art. Memories came rushing back and I became angry all over again. I couldn’t sleep the night I found them and I felt like bawling all the next day.

You see; these pieces were to be made into a book and video, an art collaboration with 11 other participants. The hostess of the project came highly recommended; by herself! I had known her only by her art at that time and she was a very talented artist.

She claimed to have “state of the art” equipment and the knowledge and ability to produce a wonderful finished product. I was impressed and eager to go! I had no reason to doubt her as she even hinted of a fabulous secret idea and how very special it would be and she seemed sincere. The others must have trusted her as well and at least one of the participants, maybe 2 were from Australia, 2 were Canadians and the rest were Americans. I was thrilled to be a part of this exciting and diverse group.

Each artist was sent the same photo via snail mail of the young lady in the blue dress. We were to name her, make up a story about her and create several pieces of art to go with the story.

Little did we know that our hostess was a flake. She stalled and stalled again, using every excuse in the book….her husband was ill…..she was ill....her cat died….her neighbours cat died…. and so on until finally a year later she sent the art works back to everyone in a shambles of a mess. My pieces came back without my story but included parts of somebody elses story!

Unfortunately I had neglected to retain a copy of my story and I was so angry that I never did write what I remembered of it at that time. Now 6 or 7 years later its long forgotten, except for what I can pick up from my artwork.

Not that my story was a masterpiece or anything like that; hell, i ain't no writer. But, well, you know; geeze! I did my best; spent a lot of time on it and it seemed like an interesting and believable story to me at the time. We were all amateur artists and story tellers.

I didn’t even have a printer or scanner back then so guess I was lucky that my artwork didn’t disappear too.

None of the artists involved were to be in contact or see or read what anyone else was creating. It was top secret!
After all was said and done that was a mistake that ended up being a blow to all of us who were after a year in close contact with each other.

Eventually I did get to hear snippets of a few of the stories and each one was wonderful and totally different from the rest. All of us would have loved to have seen and read what the others did with the same image. When you work on one thing for a long time you get sort of attached, you know?

Well I finally did see some photo-copies of some of the art but 7 years ago photo-copies were really crappy and some couldn’t even get to a photo-copy place. We were all fairly new to the altered art/collage style and felt that we had given it our all. I think we all created our best and it was worthwhile art that would have made a fabulous and exciting product if it had been done up in the grand way that we had been promised.

Yes, I’m bitter, still. Had I not come across these pieces I might not even remember them anymore. But I did come across them and I thought that they were ok. 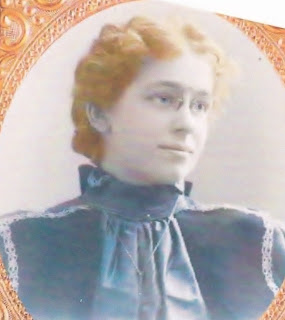 Janie was 17 and had never been kissed. None of the boys in her small town interested her. Then a new boy came to town.
He swept her off her feet with promises he couldn’t keep and then he left on the midnight train never to be seen again. 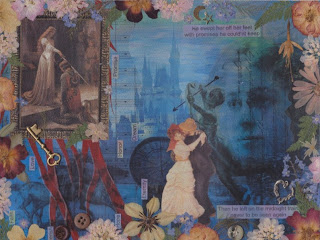 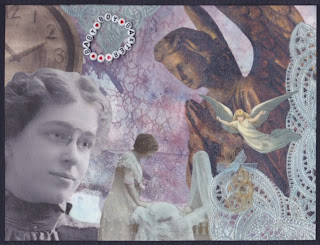 Janie was devastated. She became severely depressed and unable to cope with her loss.
She lived hazy days in a dream like trance. Eventually she made her way back but she
was still fragile in many ways. 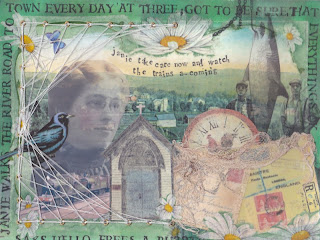 Janie went to study ballet in Paris and then travelled to Italy. 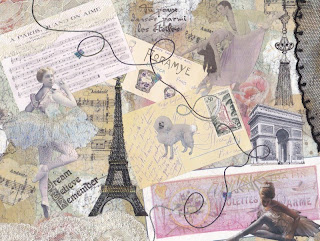 Janie didn’t do well as she was still so full of sorrow. She went home and under her mothers care she became almost childlike again. 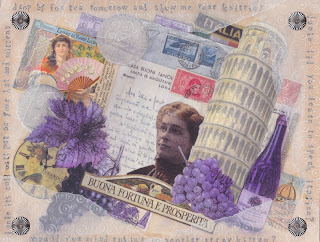 A year later Janie was ready to travel again and this time she ventured to the country she had always wanted to see; South America.

There, in Argentina, Janie once again found love. 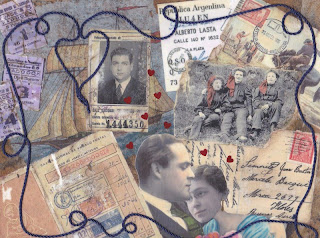 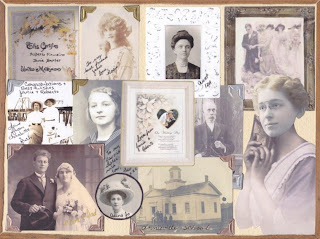 Janie and Roberto are wed and they live happily ever after.


ps
Janie and Roberto and their 5 kids now enjoy life on a huge cattle ranch in the east Kootenay area of beautiful British Columbia.
Posted by Lorraina at 1:04 AM

Your artwork is beautiful. I'm sorry that your story and the others didn't get put into book form. I'm glad that your story, at least, had a happy ending.

Thanks Linda. This story is just a brief rendition of the original and now sounds much like a fairy tale, which i guess it is.
The original went more in depth of her mental illness, her friends and family and their lives. I added the ps after the fact, lol.I've been thinking theres also at least 1 page missing as i vaguely remember doing a piece with the train tracks going off into the distance.
Thanks for the compliment on my art; that means a lot to me to know that whole smozzle wasn't due to my poor work.

Your art is amazing!!! absolutely amazing. I loved the story, it retained the scense, it's sweet, romantic and with a happy finish

Thank you so much Just Because! That means a lot to me. I was thinking maybe the story is too corny or simple and wimpy but i couldn't get back the words of the original.
Every once in a while, and i mean in a long long while, i'll create something or find a piece of old art thats been long forgotten and at first glance i admit to being somewhat dazzled by it.
Then the old insecurities creep in and i think differently about it as i search out and find my amateurness'es.
So, thank you again; your words made me feel real good.