My brother Leonard passed away unexpectedly on Easter Sunday of this year. We planned a trip to scatter his ashes in his beloved mountains and in the cemetery of our hometown where our parents are. Len was born in B.C. and never left the Province in his life. In his younger days he was an avid mountain climber so I know he would have liked this.


Destination: the Bavarian city of the Rockies; Kimberley, British Columbia in the Kootenay River Valley; a circle route total of about 1800kms (1100 miles) with just 5 days allotted to do it.

My two remaining siblings would meet us 32 kms. from Kimberley in the bustling city of Cranbrook, making the journey a mini family reunion as we don’t see each other often anymore. Brother Don drove out from Edmonton, Alberta, and sister Sandra flew in to Cranbrook from her vacation in Alberta and then she rode back with us to her home in Kamloops, B.C.

We left Delta at 6:30 a.m. with Bob at the wheel for the next 11 hours and me as the navigator and photographer. I am definitely not worthy of taking pics of this beautiful province. A lot of the pictures are from a speeding car with the scenery going by in a flash. Many nice pictures were wasted, missed and/or lost but I needed to relax, enjoy the moment and the vistas and not worry about pics so I just left it set on automatic.

Anyhow, you can’t get great pics from an el cheapo camera so I didn’t sweat it. Heck, I can’t even figure out how to turn the flash off and that’s with reading the manual. Really; the info’s not in the manual!

If I’d remembered it was set to make such small sized pictures I could have changed that. But, too much was going on and I didn’t know what was happening until we got home, loaded them and saw all the black skies. OMG! I was horrified and disappointed as it looks like it was a dark and stormy night when in reality we had fabulous weather all the way there and back.

I guess I sort of went a little crazy as i snapped several hundred pictures. Can anyone not in this province?

The battery died 70 miles from Cranbrook as we entered the little village of Yahk.

My mom and Bobs dad went to school together in Yahk so it would have been nice to get some pics there. Mom had been born in Cranbrook and like Leonard she had never left B.C. other than short vacations into Alberta.

Anyway, when I purchased the camera I had opted for an extra picture card rather than an extra battery. Stupid choice; can’t take pics without a battery! Note to self: buy both.

We were driving into the sun a lot of the time so I couldn’t have fixed or changed that. But I ended up wishing I’d invested in a new camera for this trip as we may never go that way again.

So, there’s my excuses for the pictures being too dark and in my editing sometimes the sky got kind of blasted out. Please overlook the no sky pics, the cars hood, the traffic, road, powerlines galore, insect goo and dirty windshield with the little star crack and enjoy a little part of my world here in beautiful British Columbia, Canada.

I think one can load only so many pics per day so this trip will be continued for several days. 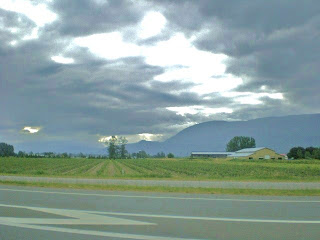 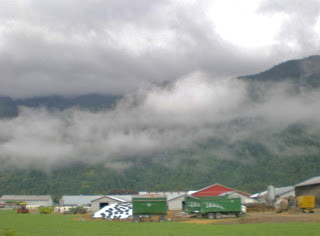 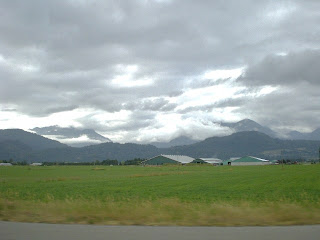 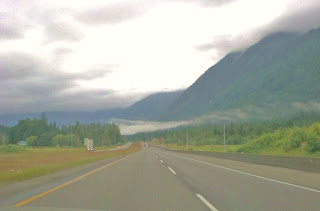 we're heading for the hills 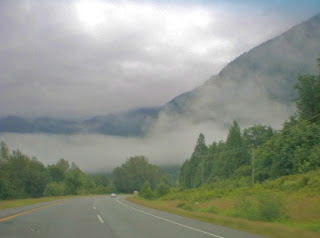 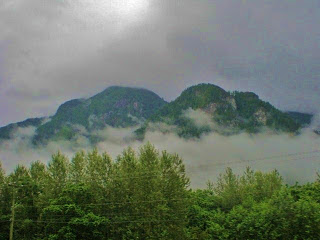 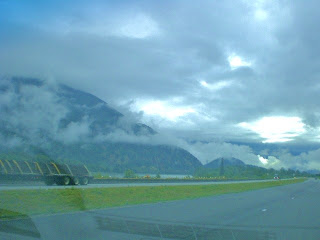 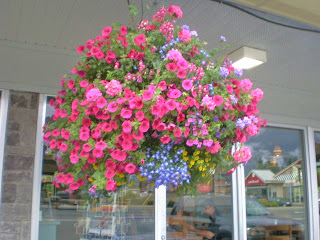 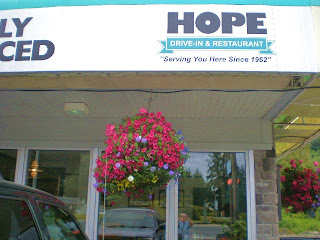 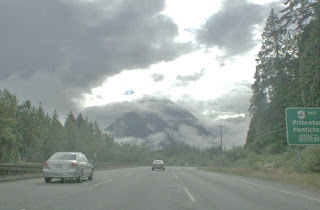 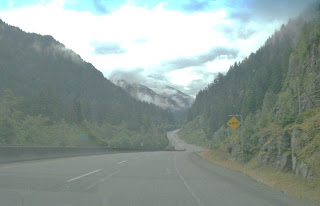 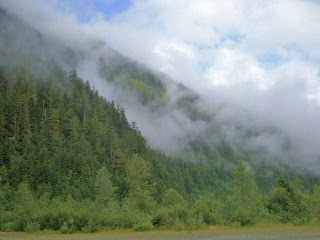 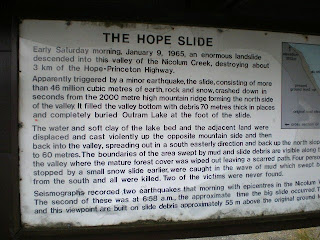 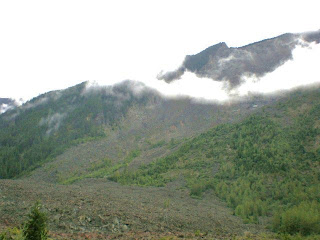 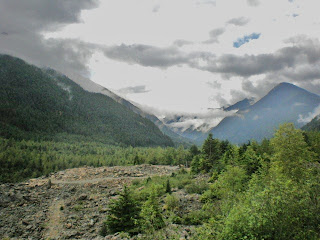 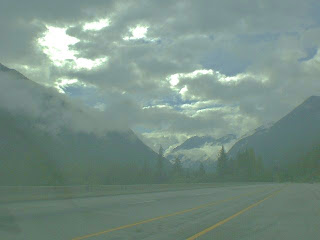 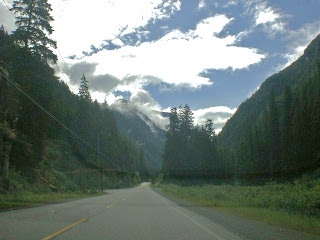 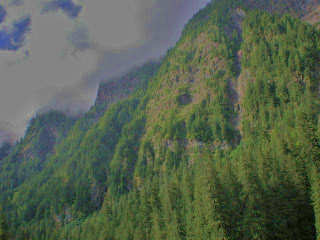 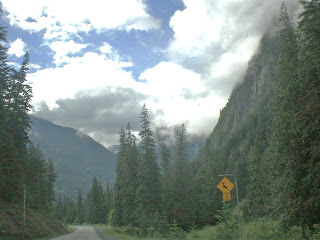 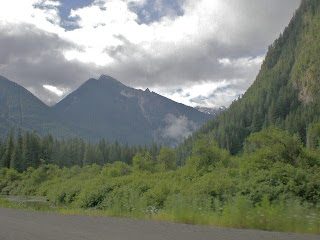 through the mountains we go 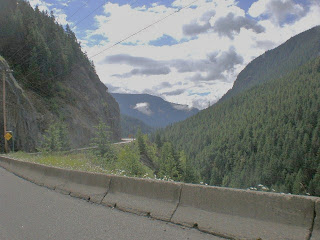 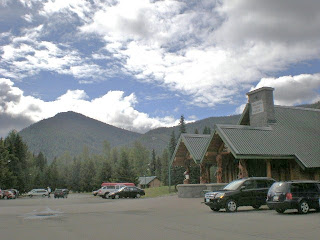 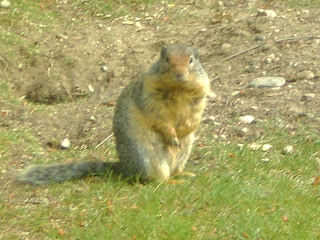 home of a million and one cute gophers 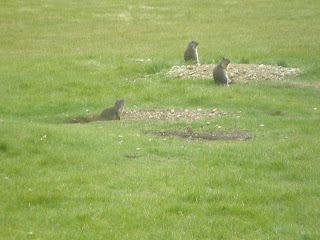 they pop up all over the place cute little guy with 'tude on a mission 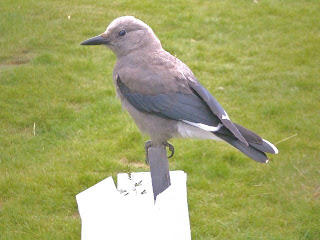 and lots of these birds quarreling, diving and playing noisily
Posted by Lorraina at 8:23 PM

Lovely countryside that you traveled through.

how did I miss this? I found it as I'm going to bed, will be back soon. Beautiful pictures, how can I not?

Hey Linda and Just Because, yes, B.C. is a very scenic and diverse province. I have more to upload still. Parts 8 and 9 coming soon and it's totally different scenery than parts 1 to 7. Glad you've enjoyed so far.

The pictures are breathtaking.... they look amazing! Sorry about the loss of your brother, he must be happy in the mountains now.

Hey Lalala, it's nice to see you again. I was wondering if you were away or just busy enjoying your summer.
Thanks; yes, Len's in a better place now in the mountains where he loved to ski and climb and safe at home with mom and dad.

I will come back to read all the different postings re your trip. Canada is such a beautiful country, your photos showed it all!
I have been really busy in playing computer game on Facebook. Not exactly a good thing but hey it's free!