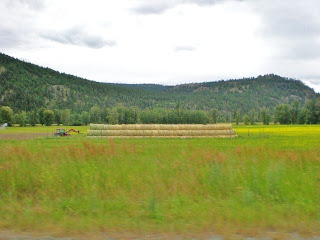 a big job for a hard working little farmer 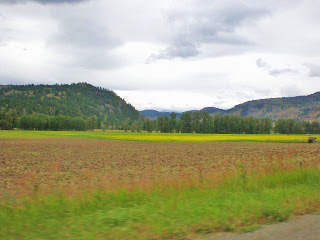 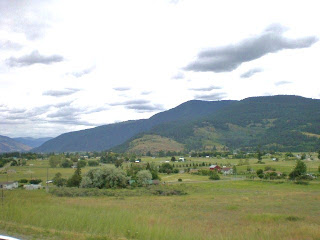 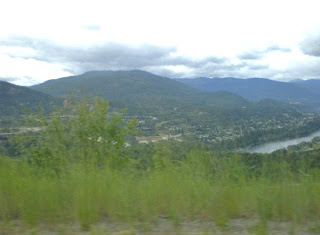 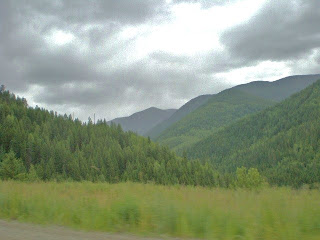 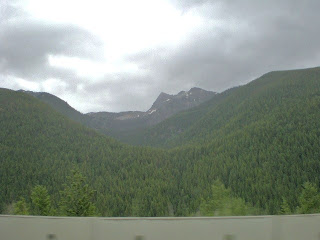 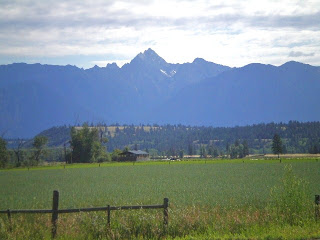 Mt. Fisher in the Rockies 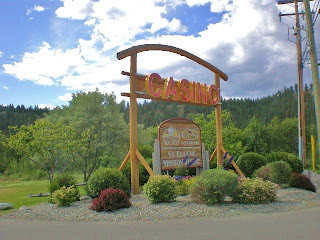 We're there! St. Eugenes resort  and casino near Cranbrook. We'll stay here for 3 nights and visit the old hometown as tourists would. Well i guess thats what we are now! 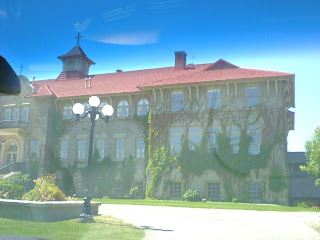 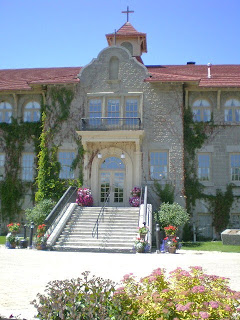 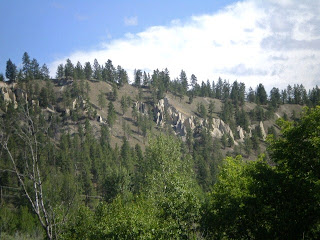 A small display of Who Doo's near the hotel. We called them Doo Dads when we were kids but this was the first time i saw these particular ones.
I could see bigger better ones near these but when i went closer to take a picture it turned out they were in someones back yard and the trees blocked the view from the road. 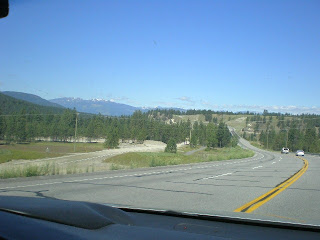 After a casino visit to de-stress with a few hands of poker, a good nights sleep and breakfast we head off to Kimberley, 20 miles up the road. 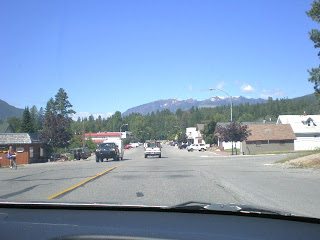 Entering beautiful downtown Marysville. This is where my parents married and began their lives together. My dad then enjoyed a long career as a miner in the Sullivan Mine in Kimberley. The mine eventually became the most successful and largest lead, zinc and silver mine in the world. He walked to and from work everyday, about 6 miles each way.
Uphill both ways, so he said. 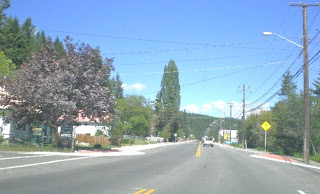 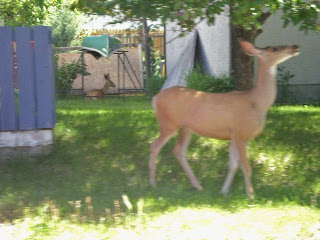 First stop in memory lane was The Bench to look at one of the houses that Bob lived in.
We saw the deer enjoying apples in somebodys front yard. It wasn't until i got this on the monitor that i saw the 2nd deer resting in the back. 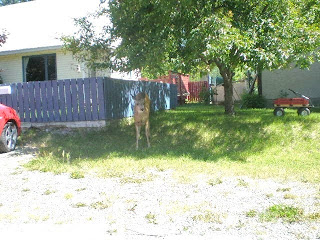 We never saw a deer in town all the while we lived there. I wonder why they're so tame now. Nobody feeds them or pays any attention to them. They're so cute but becoming a big problem in Cranbrook also.
I was going to link up to a youtube video of a mama deer beating up an old dog in Cranbrook. Apparently she thought her fawn was threatened but the dog was just minding his own business and hadn't even looked at it.  Upon viewing the whole thing i was saddened at the violence even though they said the dog wasn't badly hurt.  Don't believe it. Deer hooves are really sharp and theres alot of punch in their kick.
Carrying on up the road 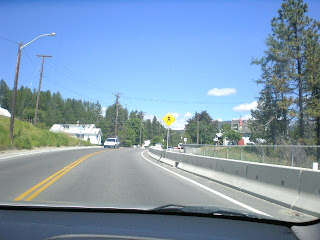 I lived a few blocks off of the street just to the left about where the car is. My junior high was just down the steep hill to the right. I wonder why theres a barrier now as its still a school. Maybe the kids have to climb over but more likely they get a ride to school now-a-days.
I'll show you my route to my elementary school. From here i would have already walked about 4 city blocks. 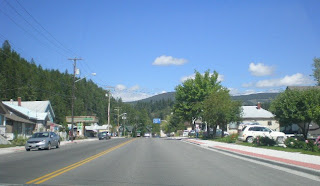 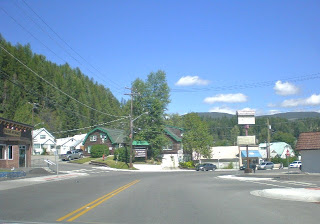 Still walking.
The red roofed bldg on the right is where i met my dh. He was 18 and pumping gas there; i was 14 and found a million reasons to walk by 6 or 8 times a day. 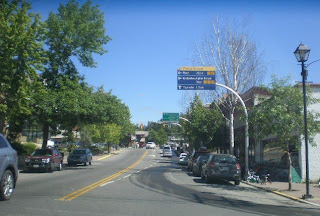 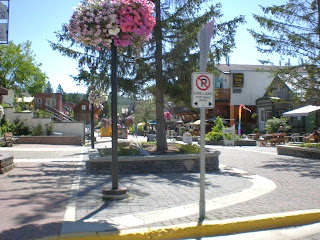 I missed a pic that was still on the way to school....darn eh! This is the Platzl.  It's the main retail shopping area and now closed off to traffic. 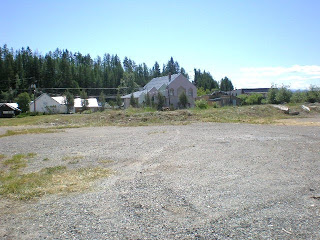 The school is gone! and i lost 2 pic's of still on the way walking there.
Posted by Lorraina at 9:19 PM

Its so true; one thing you can depend on in life is change. All sorts of changes and some i experienced on this trip were memories of the size of buildings and distances and such.
It's just too funny!